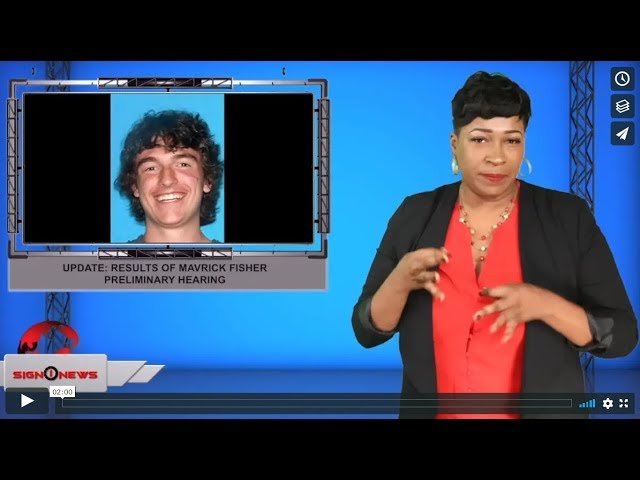 We have the latest update on the case of 21-year-old Mavrick Fisher.

Fisher is the Deaf man charged in the death of 25-year-old Grant Whitaker, another Deaf man.

Whitaker’s body was found in a remote area of Lake County California after he went missing in August.

Fisher admitted to killing Whitaker and has been in jail ever since awaiting trial.

On Wednesday Fisher had a preliminary hearing.

During the preliminary hearing the judge ruled Fisher was in felony violation on counts one, two and four.

Count one is murder, count two is assault with a deadly weapon but not a firearm and count four is grand theft of a firearm.

Count three, theft from a human body, was dismissed.

This means a court ruled there is sufficient evidence for Fisher to answer to all three counts.

An arraignment on those charges will be held on November 5 and from that hearing a trial date will be set.