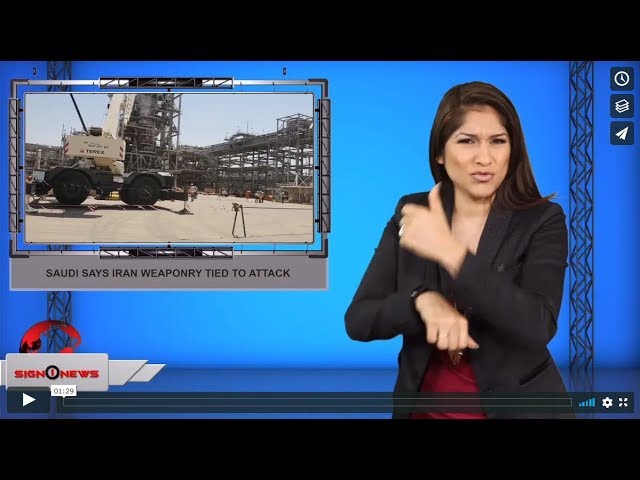 Iran has been accused of being behind the attacks.

But Iran’s Foreign Minister Javad Zarif has denounced those allegations.

Saudi Arabia is doing its best to try to prove that Iran was responsible.

The country says it has recovered debris from the attack that ties Iran to the strikes.

A defense official in Riyadh says 18 drones and seven cruise missiles were used in the attack.

And he showed reporters maps, surveillance footage and other data.

But while he made clear that Saudi Arabia believes Iran is responsible, he could not say exactly where the drones and missiles were fired from.

He only shared that they did not originate in Yemen, and it was somewhere north of Saudi Arabia.

Saudi Arabia is now working on repairing its oils facilities.