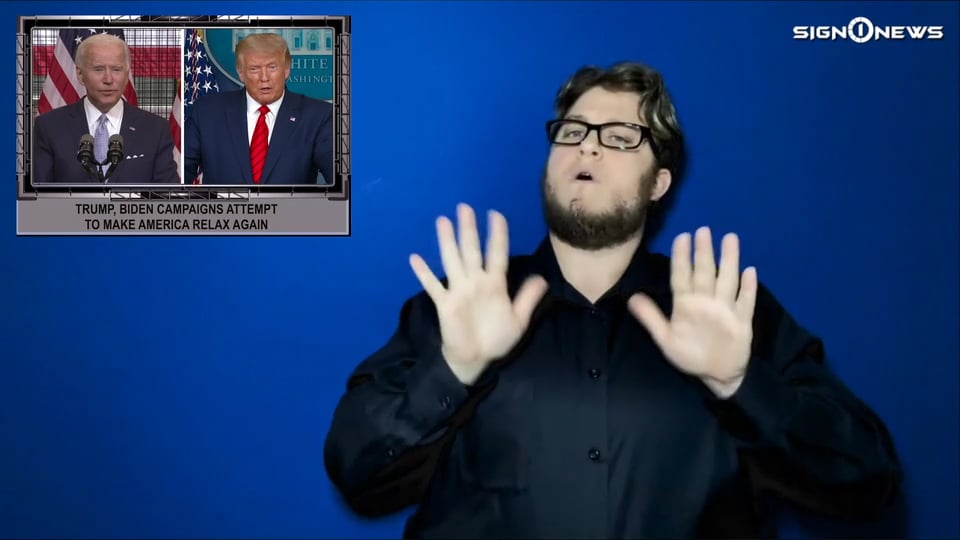 In a year consumed by the coronavirus crisis and racial unrest, voters are stressed about the presidential election.

While Democrats and Republicans have different techniques, both groups are trying to convince voters that their candidate will have a calming effect on the country.

A study by the American Psychological Association last year found the election to be a source of stress for 56% of Americans.

Democrats are portraying presidential candidate Joe Biden as a calming candidate, promising if he is elected Americans won’t be as stressed.

On the flipside, Republicans are casting President Trump as the strong candidate, portraying him as the strong leader when America needs it most.

However a newly released CNN poll shows both candidates still have a lot of work to do to sway undecided American voters.

Those numbers are within the same margin of error as a similar survey conducted before the conventions.

And that’s likely because more than 85% of voters say they’ve already made their decision on who they will vote for in November.

However keep in mind poll numbers aren’t always accurate predictors of how elections will turn out.

If you recall Hillary Clinton routinely pulled ahead of Trump during the 2016 presidential campaign and she still lost.

But there is one political statistic that seems to have a decades long proven track record.

Did you know no president in modern history since 1860 has won the White House without winning the state of Ohio first?

Understandably with nine weeks before election day both Trump and Biden will be campaigning hard in Ohio to win over voters.