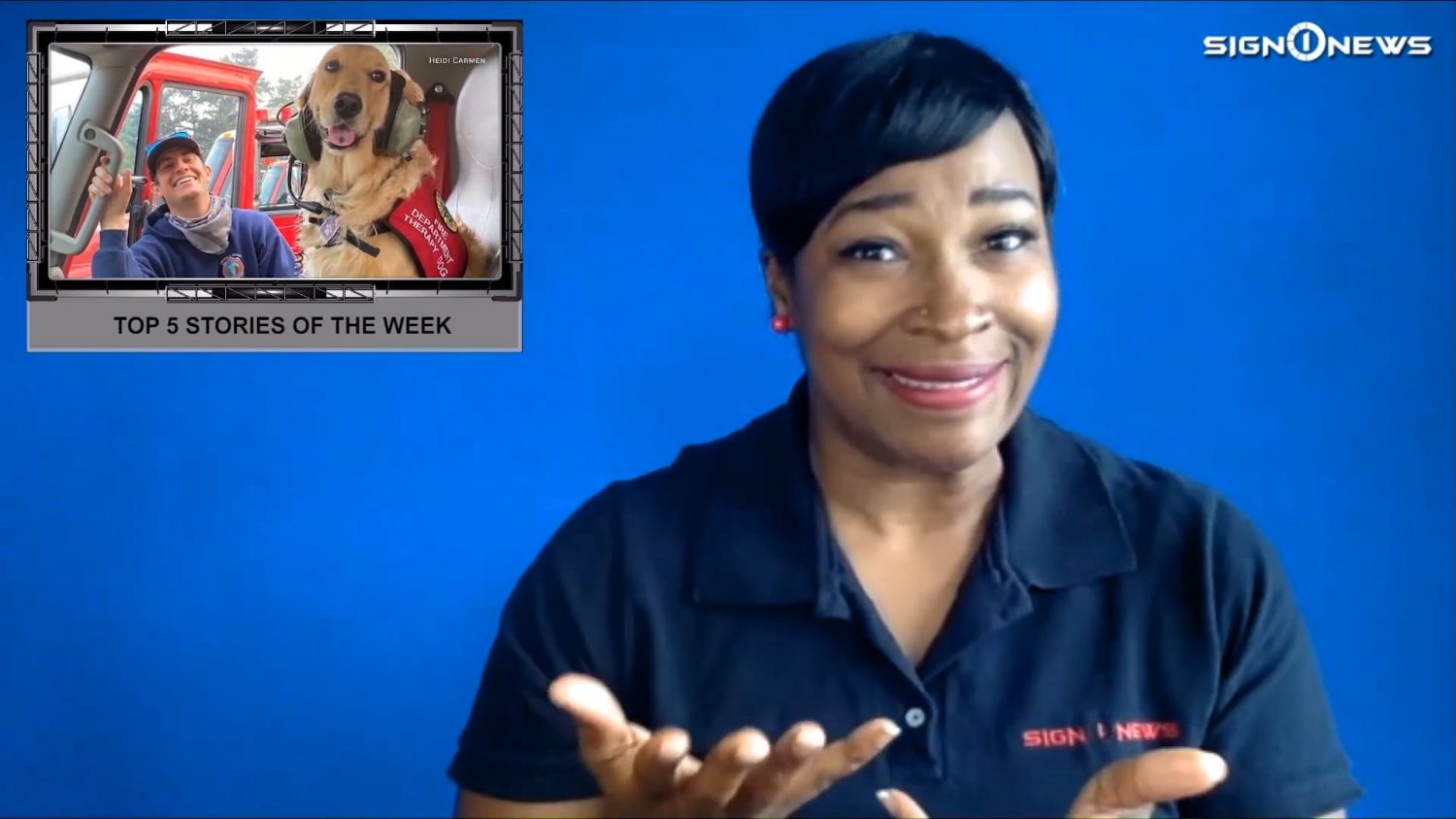 Here’s a quick look at the top five funny, inspiring or quirky stories you may have missed this week.

And once again most of the heartwarming stories come from the animal kingdom.

Kerith is a two-year-old comfort dog that was bred to be a guide dog for the blind but she was too playful and energetic.

But thankfully Kerith’s bubbly personality is exactly what the heroes battling wildfires in California need after a tough grueling day on the job.

No now she’s a fully certified comfort dog whose only job is to bring smiles and love.

Check out this custom-made tree top nut bar that allows squirrels to pig out on seven variety of nuts to their furry little hearts’ content.

The “Nutty Bar” is the brainchild of woodworker Duke Harmon who came up with the idea after he got tired of squirrels stealing his birdseed.

The design looks like a real bar where squirrels can choose nutty “drinks” like almond ale, peanut pilsner and pecan porter.

A couple of interesting penguin stories made headlines this week too.

Two female Gentoo penguins at the aquarium in Spain are new moms.

Officials at the aquarium say Electra and Violet started building a nest together out of stones and acted like they were getting ready for baby.

So they decided to let them adopt another penguin couples’ extra egg and it hatched this week.

The aquarium released video of the two cuddling and loving their newborn.

Officials say this is their first same-sex penguin couple but it’s pretty common.

It happens in more than 450 species of animals both in zoos and in nature.

And then there is the story of a penguin named Pierre, the endangered rock hopper penguin being cared for at a zoo in Perth, Australia.

He is all alone.

He doesn’t have any other penguins of his kind of play with.

Since he doesn’t have any of his kind to play with in Perth, his caretakers pull up videos on an iPad or livestream with other zoos so here can see other penguins.

Pierre is enamored with the videos and binge-watches all day.

And finally a non-animal related story but inspiring nonetheless.

Batman is a real-life superhero in Santiago, Chile.

For the past three months a man dressed as the caped crusader has been bringing food and joy to the city’s neediest residents.

He makes the meals himself and delivers them six days a week from his Batmobile, which in this case is a white SUV.

And just like in the comic books, the man has decided to keep his true identity a secret.

He says his hope is that others will see his actions and decide to join forces.