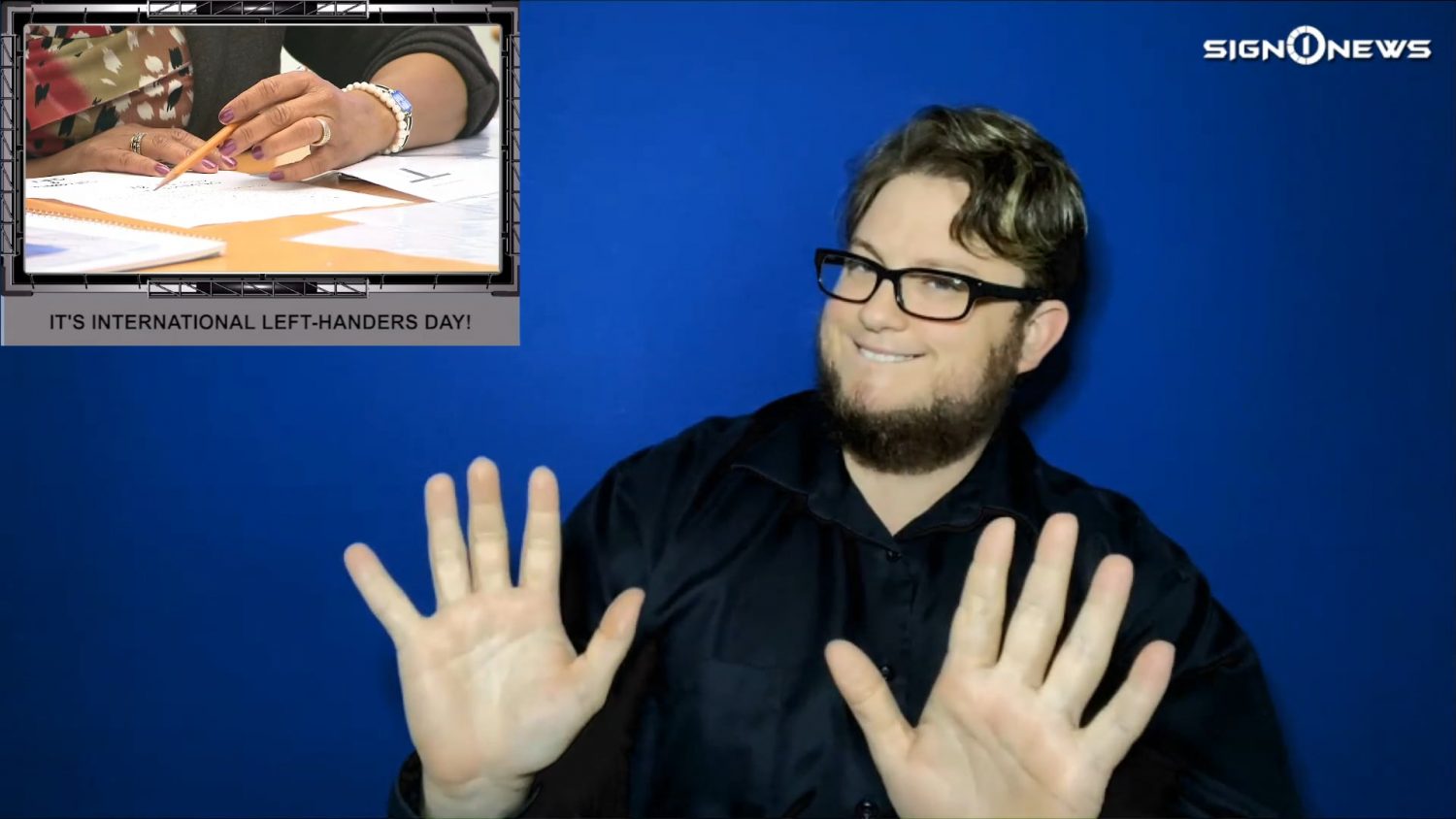 Today Thursday we celebrate people like me: the lefties of this world!

No…wait…it looks like I’m signing with my right hand.

I know it’s confusing but trust me, I’m a lefty.

Some use the term “southpaw” to refer to lefties.

There is no general consensus where the term originated but many believe it started in the sports world.

And did you know only 10% of the population is left-handed?

Several famous people are in that small percentage, eight of them are presidents including George HW Bush, Bill Clinton and Barack Obama.

Historians say Ronald Reagan was also left-handed but he was forced to switch as a child.

But for all of you proud southpaws out there, let’s say it together: Lefties do it right!