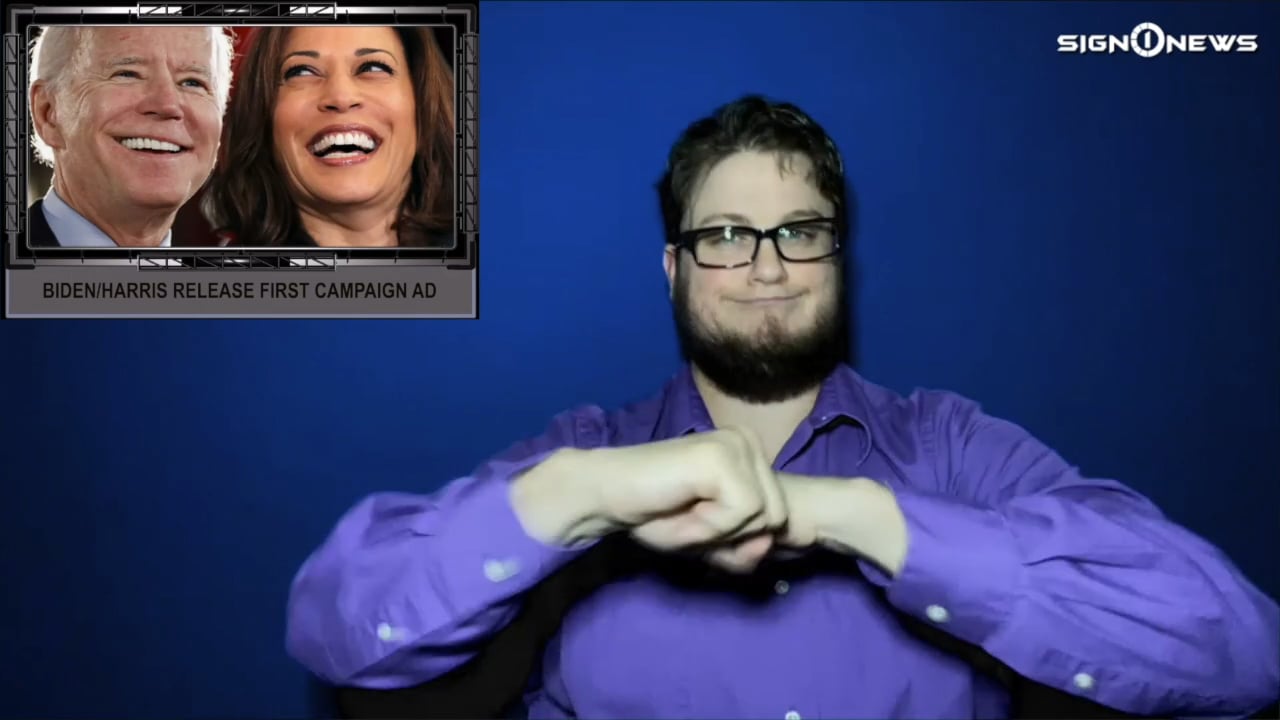 At the start of the ad, Biden asked her if she’s ready to go to work.

Harris goes on to tell highlights of her life story.

The pair are set for a joint campaign appearance in Biden’s home state of Delaware Wednesday.

But who is Kamala Harris?

Here’s what Sign1News has learned.

Harris is the daughter of Indian and Jamaican immigrants.

Her early career included a stint as district attorney in San Francisco before serving as California’s Attorney General.

In 2016 she was elected to the US Senate where she rose in prominence for her grilling of President Trump’s nominees.

She is one of only three women to appear in the VP slot for a major party ticket following Democrat Geraldine Ferraro in 1984 and Republican Sarah Palin in 2008.

But Harris is making history of her own by becoming the first Black and South Asian American woman to be nominated to the vice presidency.

On the campaign trail parents often brought their young daughters to see a biracial woman vying for the nation’s top job.

Harris and Biden faced off last year during the Democratic primary which included a heated debate over school busing.

But Biden insists he doesn’t hold grudges and he chose a former rival who’s done battle on the campaign trail.

They campaigned together in Detroit this spring and Biden portrayed himself as a link to the next generation including Harris.

The two became close when they each served as Attorneys General in their home states.

When reporters asked President Trump what he thought of Harris he called her mean and disrespectful and said he liked Pence much better.

Pence simply said “Congratulations. I’ll see you in Salt Lake City,” which is where the vice presidential debate is scheduled to take place in October.