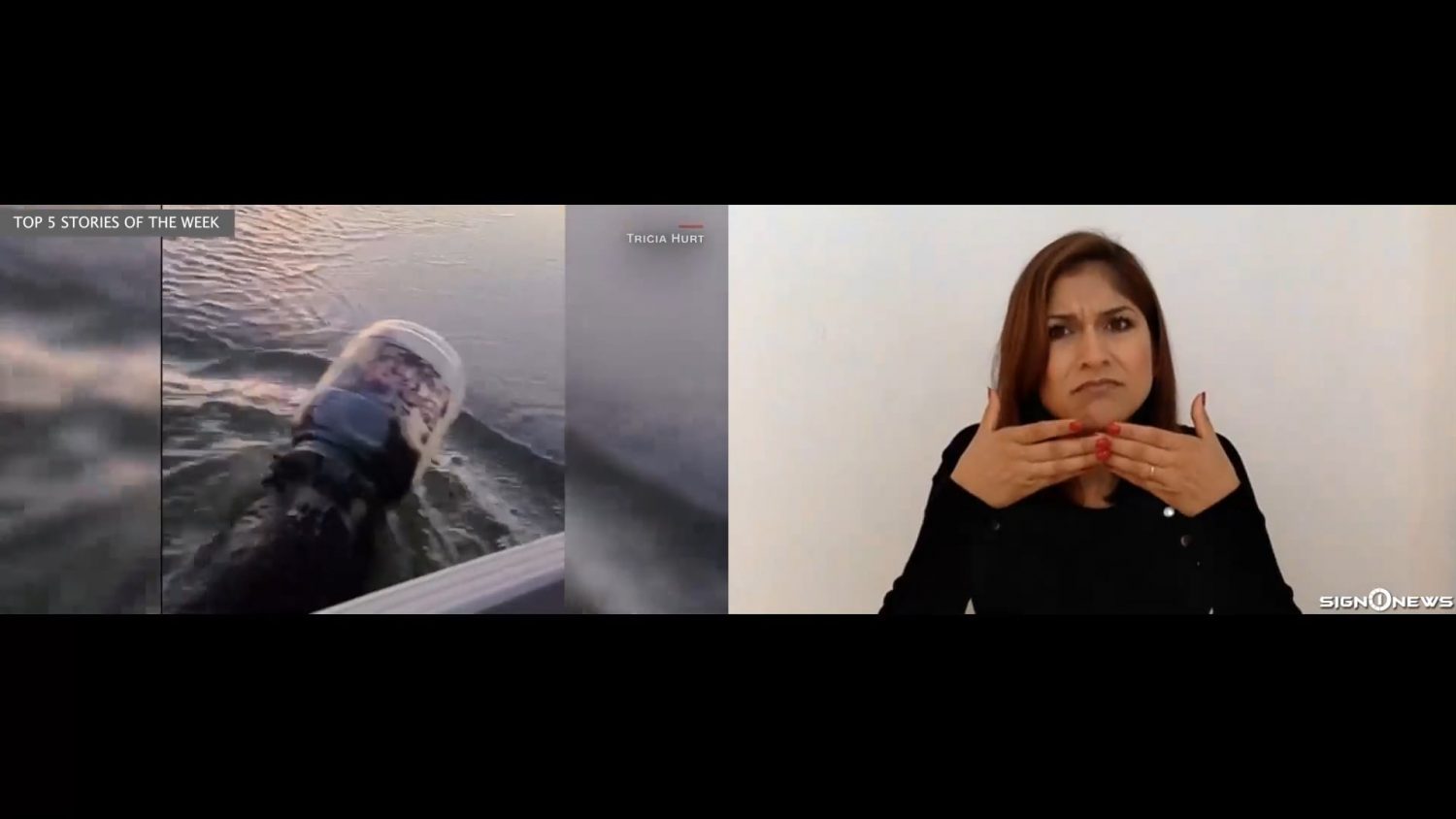 Here’s a quick recap of the top five uplifting, odd or humorous stories you may have missed.

The first story may just make you hungry.

On Monday Papa John’s introduced the “Shaq-A-Roni” to pizza lovers.

The pizza was delivered for his fun house in 2019.

This one has eight huge slices and 66 pieces of pepperoni.

O’Neal says he can eat one in a single sitting.

One dollar from the sale of each pizza will go to a foundation that supports equality, fairness, respect and opportunity for all.

This video of a baby koala eating its first bite of a eucalyptus leaf is proof that Australian wildlife is slowly recovering from the devastating brushfires last year.

The koala named Ash was born at a wildlife park near Sydney last month, making her the firstborn at the park since the fires.

An animal conservation group estimates at least 5,000 koalas died in the fires, putting them at an immediate threat of extinction.

This animal control officer rescued seven ducklings and their mother from a swimming pool in California.

After collecting the ducklings in a container, he knew the mother duck would never leave her children.

So he walked a quarter-mile with the ducklings in the container, all while the mama duck waddled cautiously behind him.

Once he reached a lake, he turned the container on its side, slowly backed away and allowed the ducklings to walk out on their own.

The family quickly ran to each other, jumped in the lake together and swam away.

Alright – one more animal rescue to show you.

Watch as a family fishing on a lake in Wisconsin rescues a bear from a bucket.

No – not the whole bear, just its head.

They spotted the ailing animal swimming with his head stuck in a plastic cheese ball container.

They approached the bear from behind and tried to pull the container off and failed.

So they had to make a second attempt.

They looped the boat back around, grabbed container and pulled and pulled until the bear’s head popped free and it swam away.

And finally if you’ve ever wondered what space smells like, a new perfume may give you some idea.

A fragrance called Eau de Space brings the scent of outer space down to earth.

The fragrance was developed by chemists name Steve Pearce.

Astronauts describe the smell as a mix of gunpowder, seared steak, raspberries and rum.

According to kick starter, NASA’s goal with the fragrance was to help astronauts train before launching into orbit.

Now they want to release the fragrance to the world.

The company hopes it will lead to an increase in young students interested in STEM: science, technology, engineering and math.