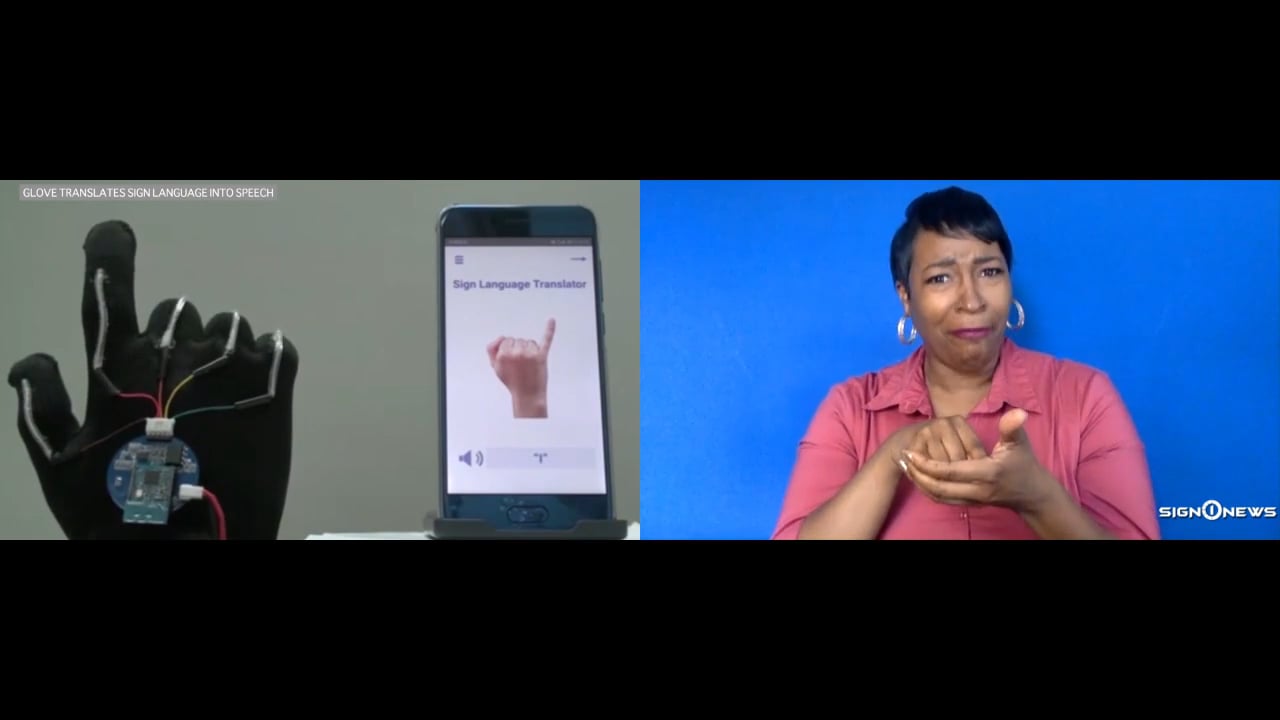 A glove that translates American Sign Language into speech in real time has been developed by scientists is at the University of California.

The signs would be read through a smartphone connected to a glove.

The wearable device contains sensors that run along the four fingers and thumb to identify each word, phrase or letter as it is made in ASL.

Those signals are then sent wirelessly to a smartphone, which translates them into spoken words at a rate of one word per second.

Researchers said they added adhesive sensors to the faces of people used to test the device, between their eyebrows and on one side of their mouths, to capture facial expressions that are a part of ASL.

Scientists hope the wearable device will allow deaf people to communicate with non-signers without the need for a translator.

They also say they hope it can help more people learn sign language.

The lead researcher of the project says the device is lighter than the wearable systems developed in previous attempts.