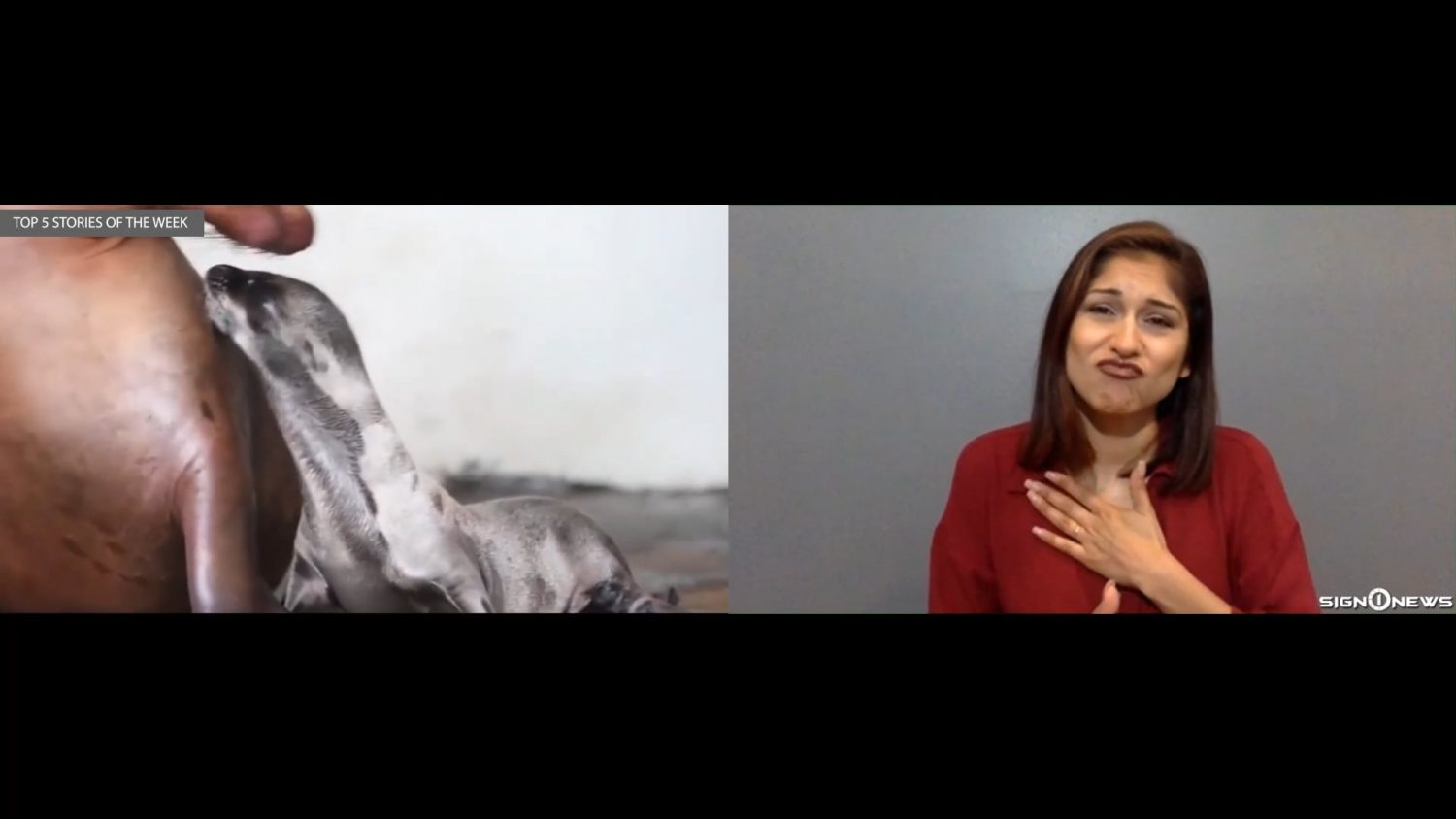 Here’s a quick recap of the top five funny, weird and inspiring stories of the week you may have missed.

We began with a dose of cuteness courtesy of the Pittsburgh Zoo and PPG Aquarium.

A baby sea lion is caught on camera nuzzling and kissing its mom just hours after being born.

The pup is the first offspring of the zoo’s California sea lion Kelilah.

It will began to swim within a couple of weeks and its coat will fade to a light brown color.

And while the pup’s gender isn’t known yet, it already has a name: Smiley!

We hope that puts a smile on your face too.

According to the American Diabetes Association Halicky has become the first US pilot known to suffer from insulin treated diabetes to be in charge of a commercial flight.

Pilots with that condition were not allowed to fly commercially into the FAA changed its policy in November.

Halikey had to put commercial flying on hold in 2011 when he was diagnosed with the condition.

But this week he flew a commercial flight from Las Vegas to Seattle.

The FAA now says he and five other pilots with diabetes have received certificates and wing pins to fly commercially.

In Edmonton, Canada this terrified cat wishes he could clip the wings of a couple of feisty magpies.

The orange tabby was surrounded on the roof of the house by the screeching birds.

The cat was eventually able to escape off the roof.

Locals say magpies and scenes like this are actually common in Edmonton this time of year.

Magpies are known to be aggressive, particularly when protecting their babies.

They will even swoop down and attack humans if they feel threatened.

Experts say talking and singing to your plants help them grow.

Well what about playing them a symphony?

That’s what one string quartet did at a theater in Spain.

The building was filled with almost 2,300 plants while the symphony performed live.

We know what you’re thinking: Why?

The opera house say it hopes the concert reminds people to get closer to nature as they return to normal activity.

And speaking of nature, NASA has released a breathtaking new time lapse video that lets you safely stare at 10 years of the sun!

The amazing one hour video is comprised of images captured by NASA’s solar dynamics observatory.

NASA says the data collected from the decade-long project enabled countless discoveries about the sun’s influences on the solar system.

What you’re seeing here is about a month and a half of sun activity.

But if you want to stare at all 10 years, the full video is online at nasa.gov.

However if you want to catch a live show, we definitely recommend grabbing a lawn chair and heading outside to watch the spectacular beauty of a sunrise or sunset.