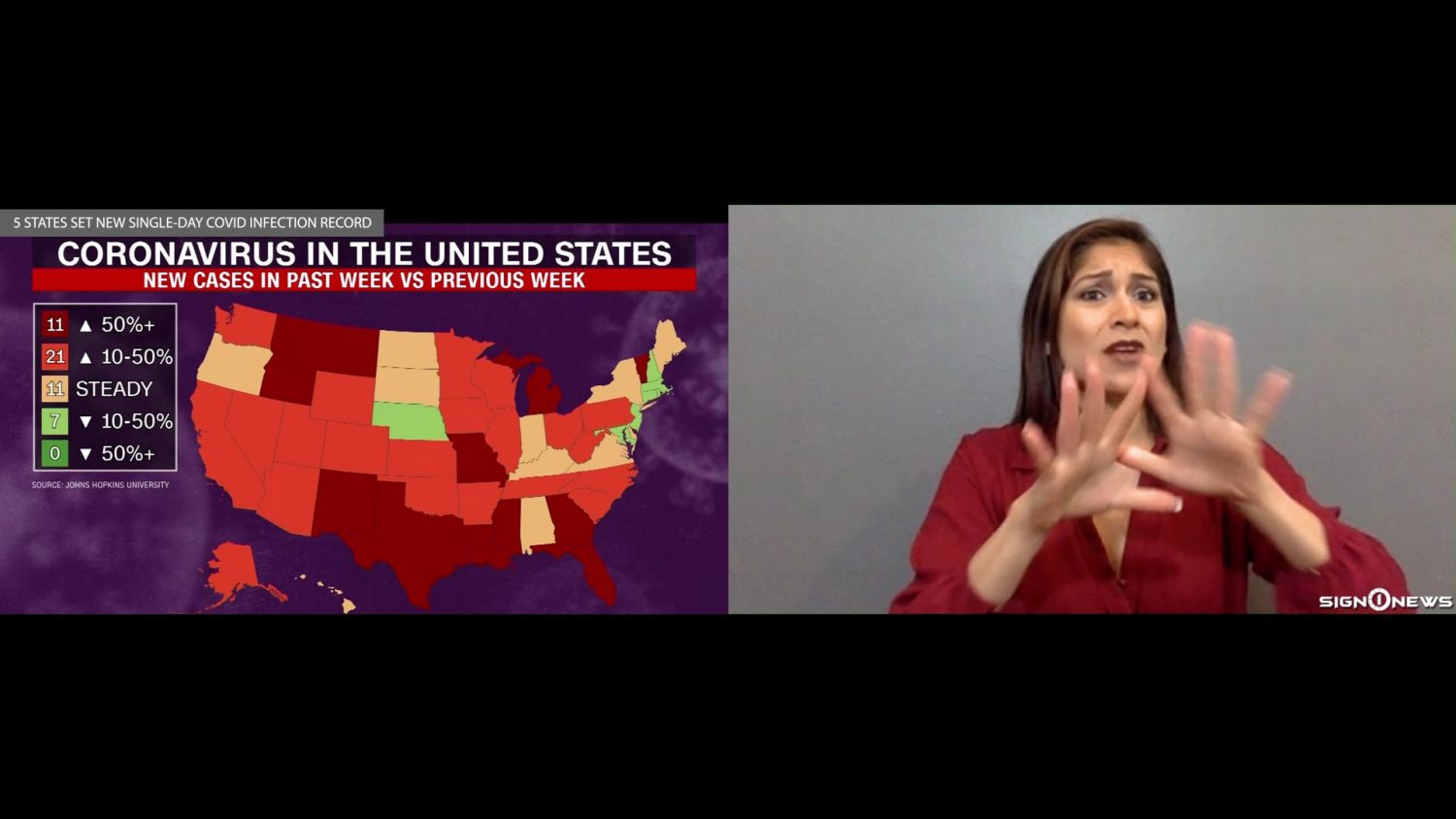 Five months after the first case of coronavirus was diagnosed in the US, the nation is facing its highest number of infections.

And a handful of states are posting their largest single day numbers.

Those states are Florida, Georgia, Idaho, Tennessee and Utah.

As a result Miami-Dade County Mayor Carlos Gimenez has announced several popular beaches will be closed for 4 July weekend.

Nationwide 32 states saw surges in case numbers over the past seven days.

This has pushed 11 states to make the tough decision to pause or rollback their reopening.

And according to a new antibody survey by the Centers for Disease Control and Prevention, the actual number of those infected could be 6 to 24 times greater than previously thought.

The agency took a survey of blood samples in six areas across the country.

The results of the survey were from March 23 to May 3 in Connecticut, Florida, New York, Missouri, Utah and Washington State.

The survey looks for coronavirus antibodies in blood samples from commercial laboratories which were collected for reasons unrelated to the virus.

That means there could have been millions of people who contracted and recovered from Covid 19 and didn’t even know it.