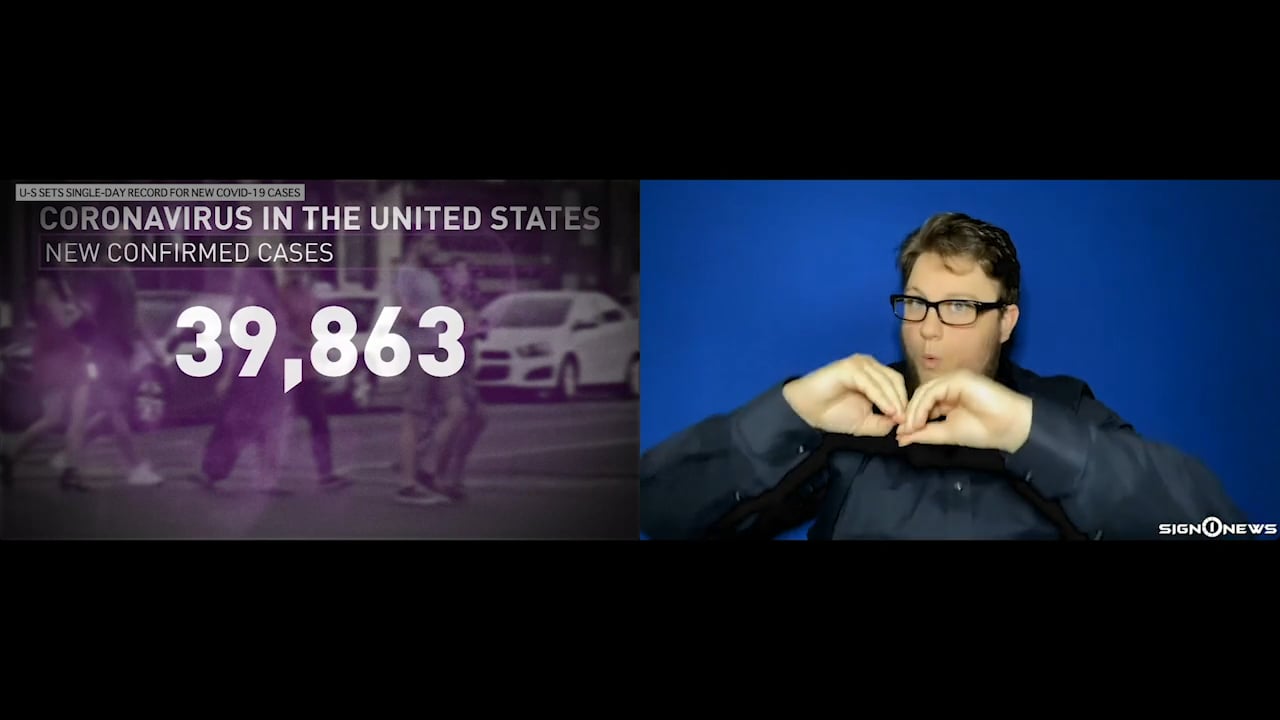 [NOTE TO VIEWERS: Due to technical glitches, please refer to the transcript for some parts of this story]

According to Johns Hopkins University, nearly 40,000 new confirmed cases of coronavirus were reported in the US Thursday.

That’s nearly 800 cases above the previous high from April.

That means Covid 19 has affected more than 2.4 million Americans and counting.

Sixty percent of the country is reporting increases in week-to-week new cases with 13 states seeing a rise of at least 50%.

Nearly 6,000 people tested positive in Texas which was another single day record for the state.

Texas is also seeing record hospitalizations too, with that number steadily increasing each day over the past two weeks.

Texas was one of the first states in the country to begin reopening 56 days ago.

But now the recent surge is forcing Governor Greg Abbott to hit pause on the state’s reopening plan.

Neighboring Louisiana and New Mexico are also pausing their reopening, trying to stop the possibility of similar increases like Texas.

Other states like North Carolina, Kansas and Arizona are pausing too.

In California Los Angeles County has more confirmed cases in any other county in the nation.

In Florida 5,000 more cases have been confirmed but Governor Rick DeSantis is still resisting implementing a statewide mandate to wear a mask.

And in Ohio the state is reporting a staggering number.

And the CDC believes that for every one person who tested positive with the virus, 10 have gone undiagnosed, which means that an estimated 20 million more Americans have possibly been infected.

Medical experts say inaction is not an option at this point.

They say if measures for containment, surveillance, contact tracing and social distancing are not done, the US could be in for a very rough time.