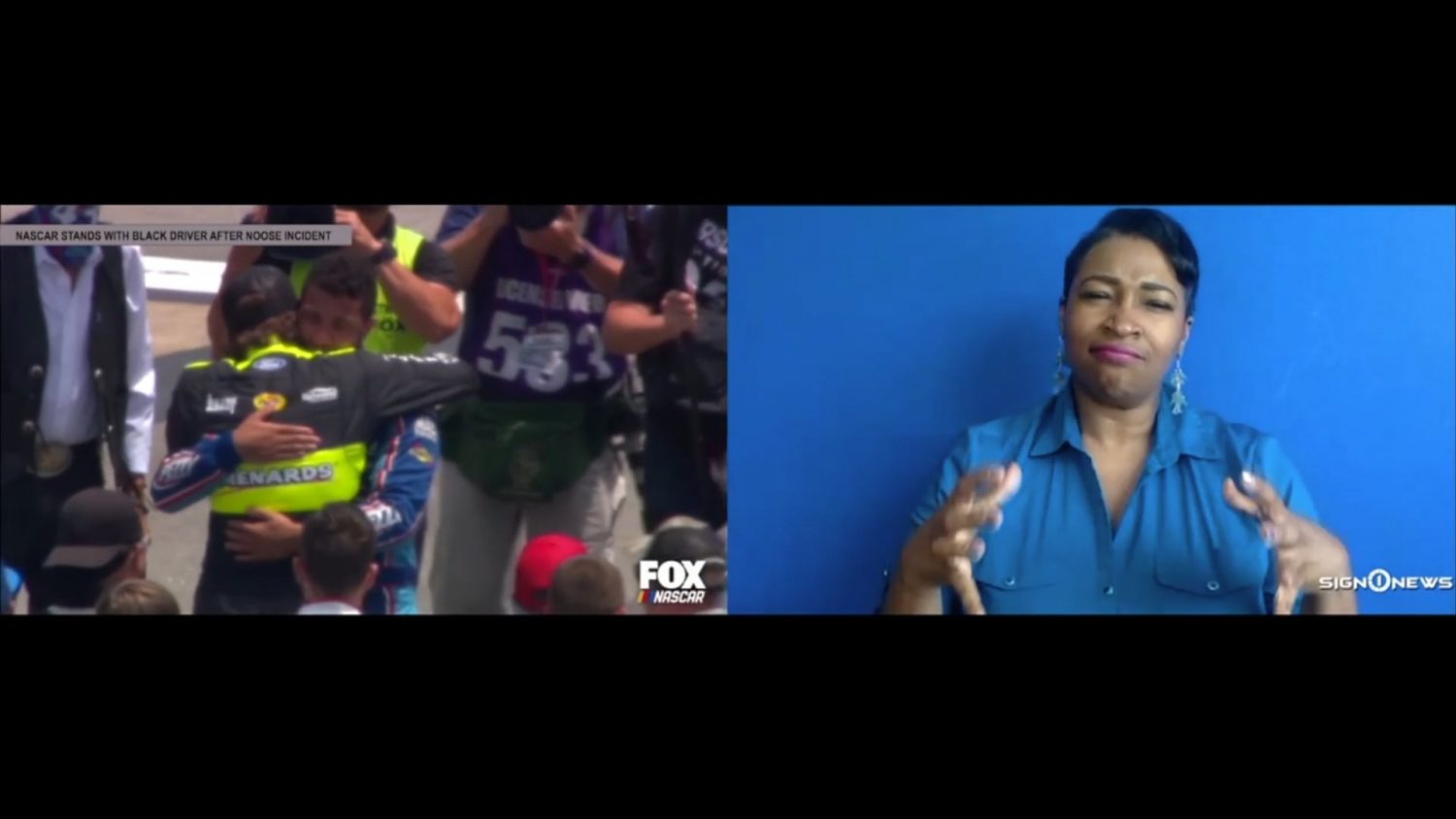 Monday was an incredible show of solidarity for 26-year-old Bubba Wallace, the only black driver in NASCAR’s top circuit, at the Talladega Superspeedway.

NASCAR’s drivers, pit crew members and others walked alongside Wallace and escorted his car in a show of support after a noose was found hanging in his garage stall Sunday.

NASCAR condemned Sunday’s display of hate and allowed the drivers to escort Wallace’s car to the front of the field.

Wallace became emotional as his car was surrounded with support.

He tweeted a selfie with just one word: “Together.”

Both the Justice Department and FBI are now investigating Sunday’s incident.

And NASCAR’s is vowing to ban whoever hung the noose from the sport for life.

Wallace has been an outspoken supporter of the Black Lives Matter Movement.

He recently made headlines when he called for NASCAR to ban the Confederate flag, which it did less than two weeks ago.