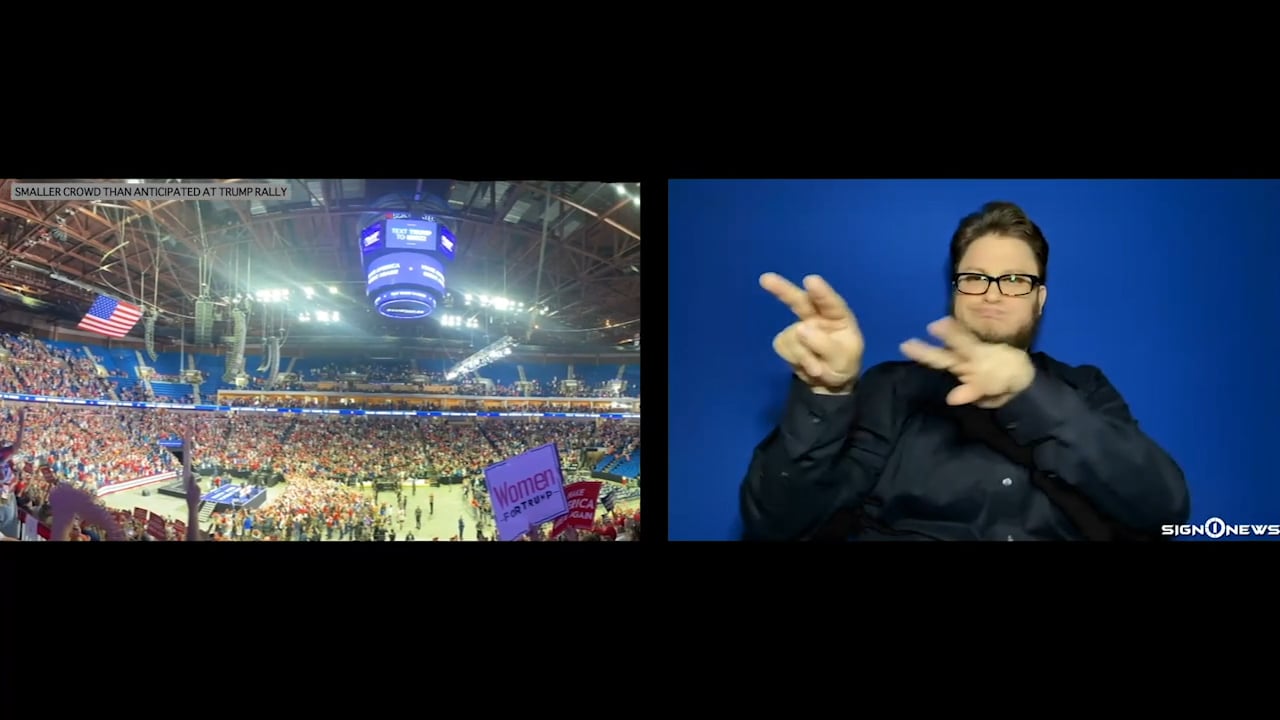 President Trump landed back in Washington, DC around 2 AM Sunday morning after officially kicking off his reelection campaign in Tulsa, Oklahoma Saturday night.

The crowd at the reelection rally was far smaller than he had predicted.

Trump had said about a million supporters were signed up to attend and that it would be impossible to fit everyone inside the BOK center.

Instead take a look at this panoramic view inside the arena.

There were plenty of empty seats.

And outside the arena, workers had to take down the overflow stage before the rally started.

Trump had planned to address the crowd there.

But no crowd materialized.

The campaign then told people with outdoor tickets they could come inside.

Even then the 20,000 seat arena had large sections that were left empty.

During his speech, Trump blamed protesters for the small crowd.

But CNN crews at the event saw no evidence of demonstrators blocking the entrance.

Trump spoke for about two hours on a number of topics including former Vice President Joe Biden, coronavirus and law enforcement.

He also spent quite a bit of time talking about that awkward walk down a ramp after speaking at West Point Academy’s graduation last week.

You can watch the recording in its entirety on the Sign1News Facebook page.