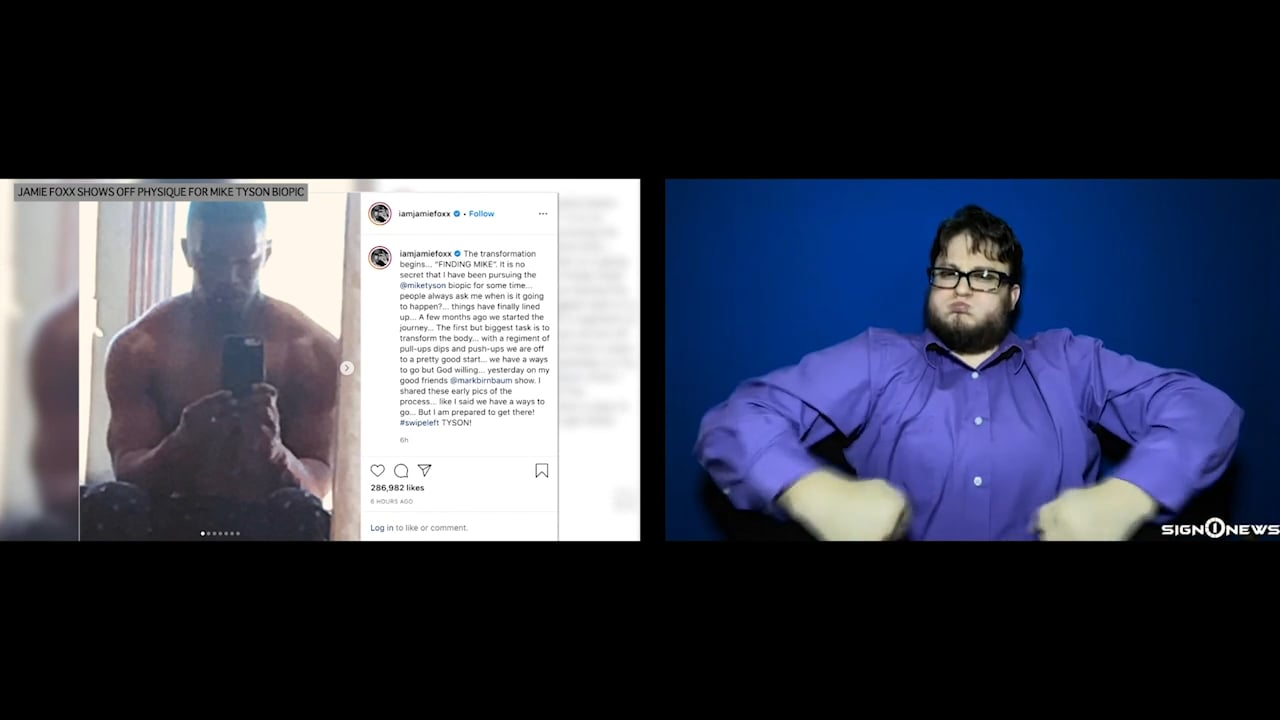 Actor Jamie Foxx will star as Mike Tyson in an upcoming biopic about the former heavyweight boxer.

Foxx is seen showing off his new muscular physique.

He said he’d been doing a grueling exercise program to bulk up for the role which included 60 pull-ups, 60 dips and 100 push-ups every other day.

He packed on 20 extra pounds during filming.

Foxx was first cast as the lead role in 2014 but after a six year hiatus there had been some doubts about whether it would be made.

But the Oscar-winning actor confirmed the highly anticipated movie is a ‘go’ and that he’s excited.

Foxx will play both a young Mike Tyson and an older Mike Tyson.

No release date has been given but Foxx says he guarantees people who see him on the street will think he’s Mike and ask for autographs.