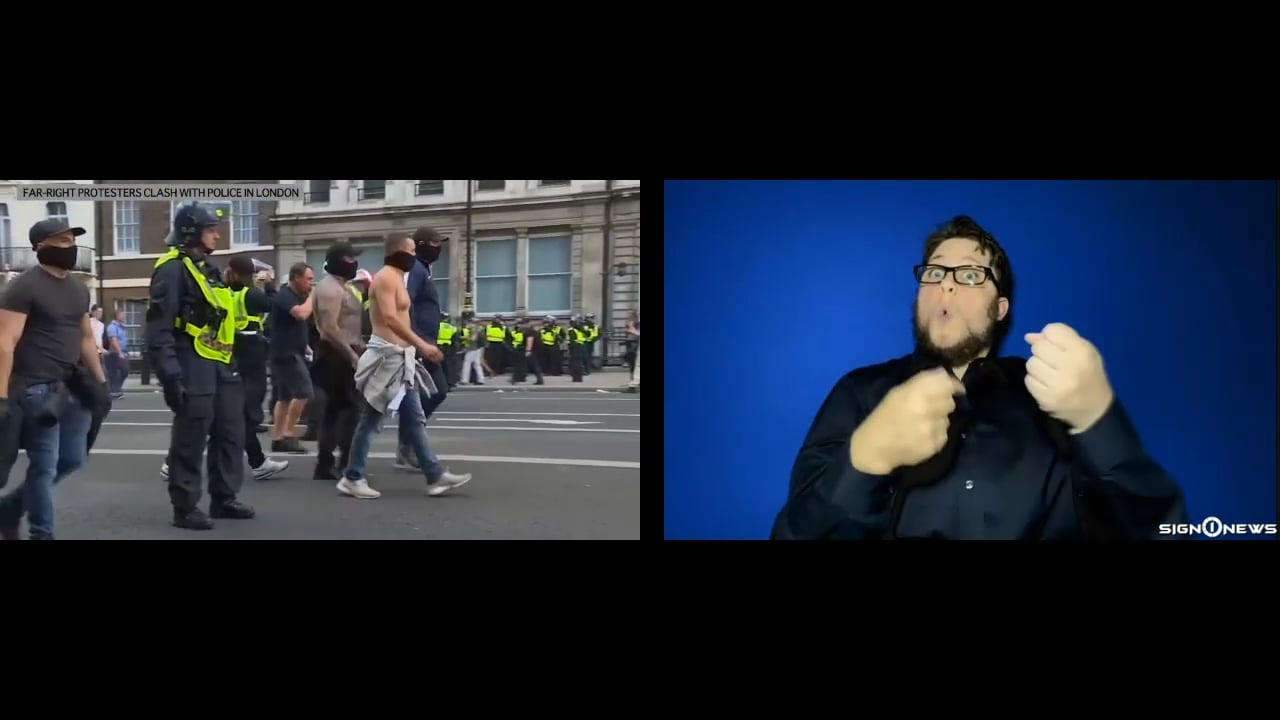 More than 100 people were arrested in London Saturday night as a result of far right groups targeting Black Lives Matter demonstrators and police.
Witnesses say hundreds of shirtless, middle-aged white man holding beer bottles showed up in Parliament Square and started shouting and throwing objects at a line of police.
Some officers retaliated with batons, others got into violent physical scuffles.
The group said the counter protest was intended to protect the statues around Parliament Square including Prime Minister Winston Churchill.
Recently the statute was sprayed with the words “Churchill was a racist” during an earlier protest.
The statues of England slave traders have also been toppled and one recently thrown into a harbor.
Authorities in the UK have since boarded up the statue of Churchill to protect it as well as the statues of Mahatma Gandhi and Nelson Mandela.