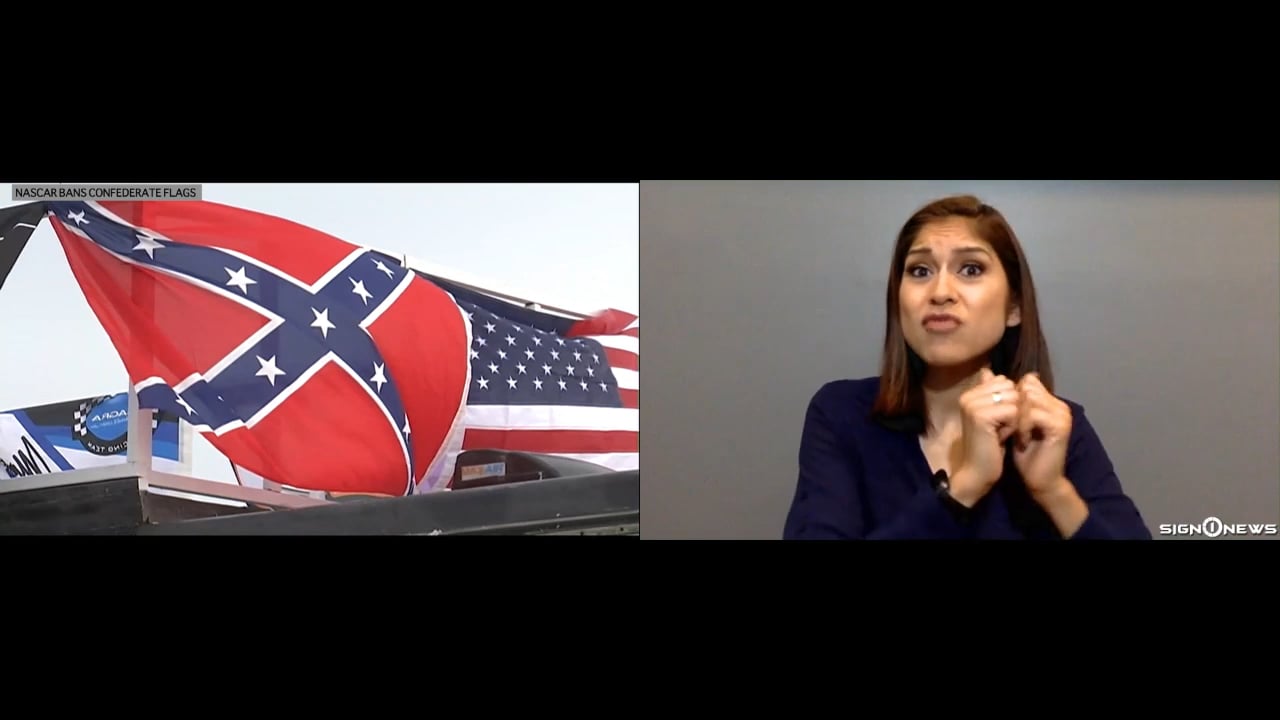 This comes after African American driver Bubba Wallace called on NASCAR to crack down on fans using the symbol.

This week Wallace unveiled a new paint job for his race car with the hashtag “Black Lives Matter” across the side.

US soccer also repealed a policy requiring players stand during the national anthem.

Around the country, statues of Christopher Columbus and other problematic historical figures are coming down.

And some US military leaders are considering renaming bases that honor Confederate commanders.

However Tuesday President Trump tweeted that his administration will not even consider renaming them.