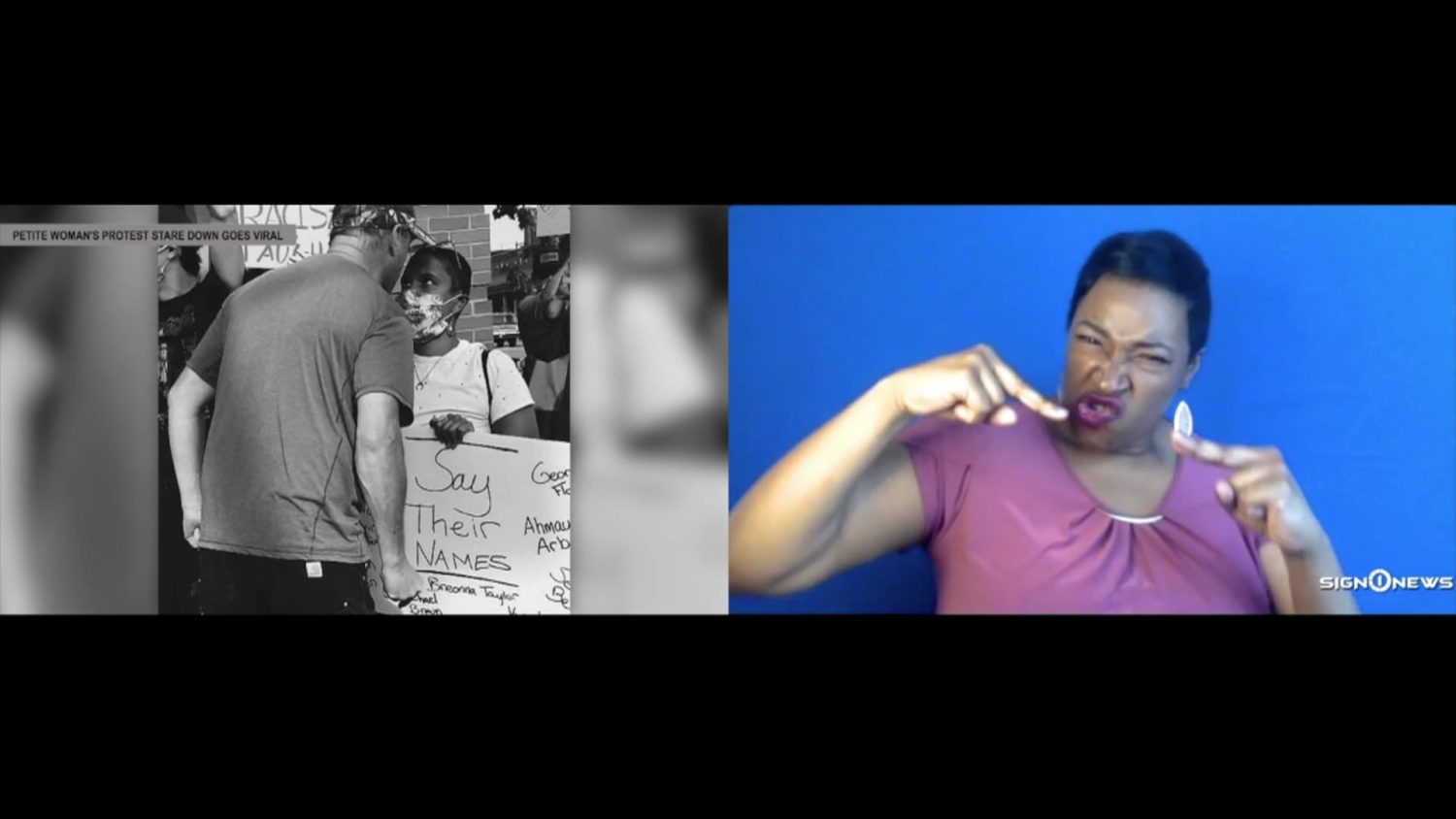 Take a look at this powerful picture that has gone viral!

The photo captures the moment a petite, biracial protester stared down a much taller, angry Caucasian aggressor during a protest in Whitefish, Montana.

27-year-old Samantha Francine was holding a sign that said “Say Their Names.”

It was referencing the names of the black Americans killed by law enforcement in the past few years.

Now let me show you the video of this incident and what happened right after this picture was taken.

You can see an angry Snowden shouting obscenities in Francine’s face.

But after seeing Francine’s steely resolve, Snowden quickly moved to another target.

Snowden was eventually surrounded by a large crowd of people who simply shouted the words “Peaceful, Peaceful!” over and over.

Francine says her late father taught her to look any threat in the eye so they “know you’re human.”

Snowden was charged with disorderly conduct.