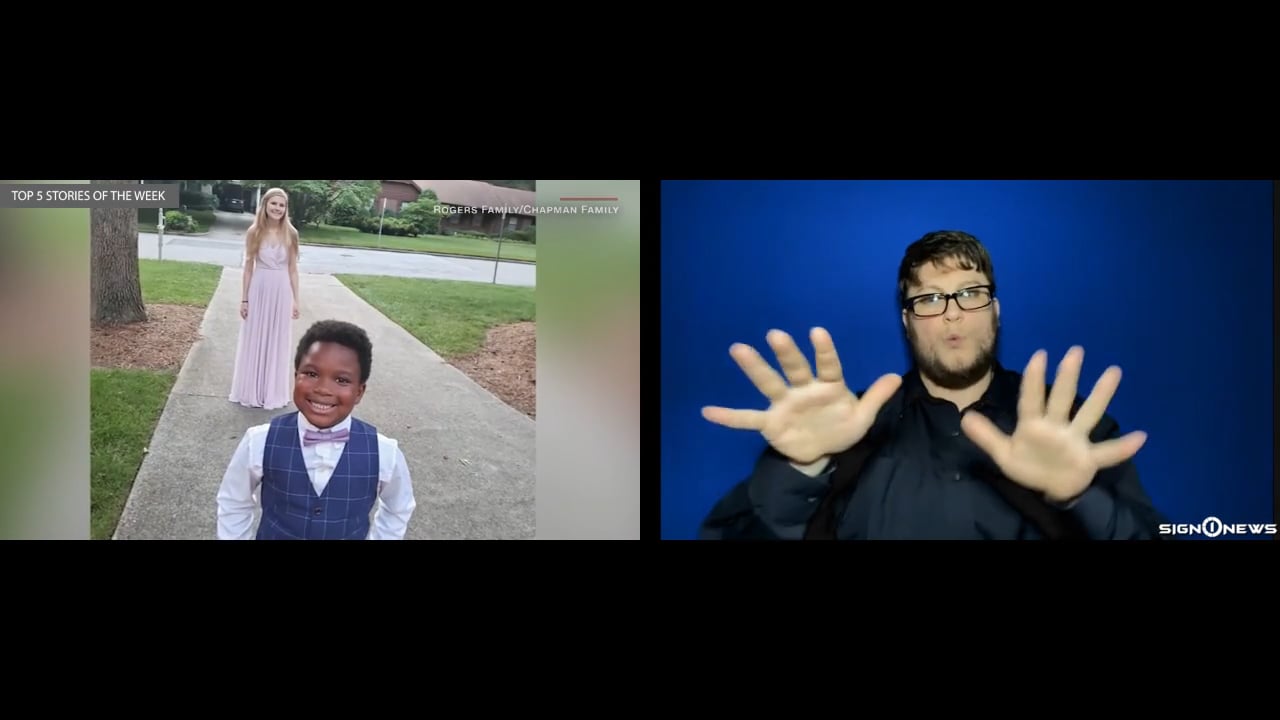 It has been a volatile and disturbing week of news.

But we hope the next top five inspiring stories of the week will lift your spirits a little.

We’ll start with a couple of amazing kids.

He graduated with four associate degrees in two years all while maintaining a 4.0 GPA!

And he isn’t stopping there.

Rico is set to attend the University of Nevada on a full scholarship.

Video of seven-year-old Curtis Rogers went viral after he surprised his high school babysitter Rachel with an impromptu prom!

Rogers had not seen Rachel in two months due to the coronavirus restrictions and lockdowns had also prevented Rachel from having a school prom.

When Curtis found out, he recruited his family to plan a special 6 foot social distancing prom get together complete with formalwear, Rachel’s favorite foods by candlelight and even dancing!

From a sweet kid to sweet candy.

The classic candy Necco wafers is making a comeback!

Necco wafers were created in 1847 and are one of the oldest candy brands in existence.

On Thursday the Spangler candy company announced the flavored discs were heading back to store shelves.

Spangler says it purchased the brand two years ago and have been working on its return ever since.

The sweet treats should be available in major drug stores across the nation in June.

Okay get ready to go “Awww!”

The cheetah cubs of the Smithsonian’s National zoo officially have names.

The zoo asked the public to help them name their newest litter of 4 cubs, three boys and one girl.

More than 30,000 votes came pouring in and we now know the winning names.

By the way “Jabari” is also the name of Sign1News’ Chief Operating Officer.

And the only girl was given the name “Amambala” which amply means spots.

While Priscilla and her family and friends gathered around the television to watch the SpaceX launch Saturday afternoon, her pet pug Boba decided to photobomb the historic moment.

Priscilla trust me I know a thing or two about pugs myself.

Whenever I say “You wanna go for a ride?”, he runs straight to the door, starts spinning around and wagging his tail like crazy. He gets so excited. I love him!