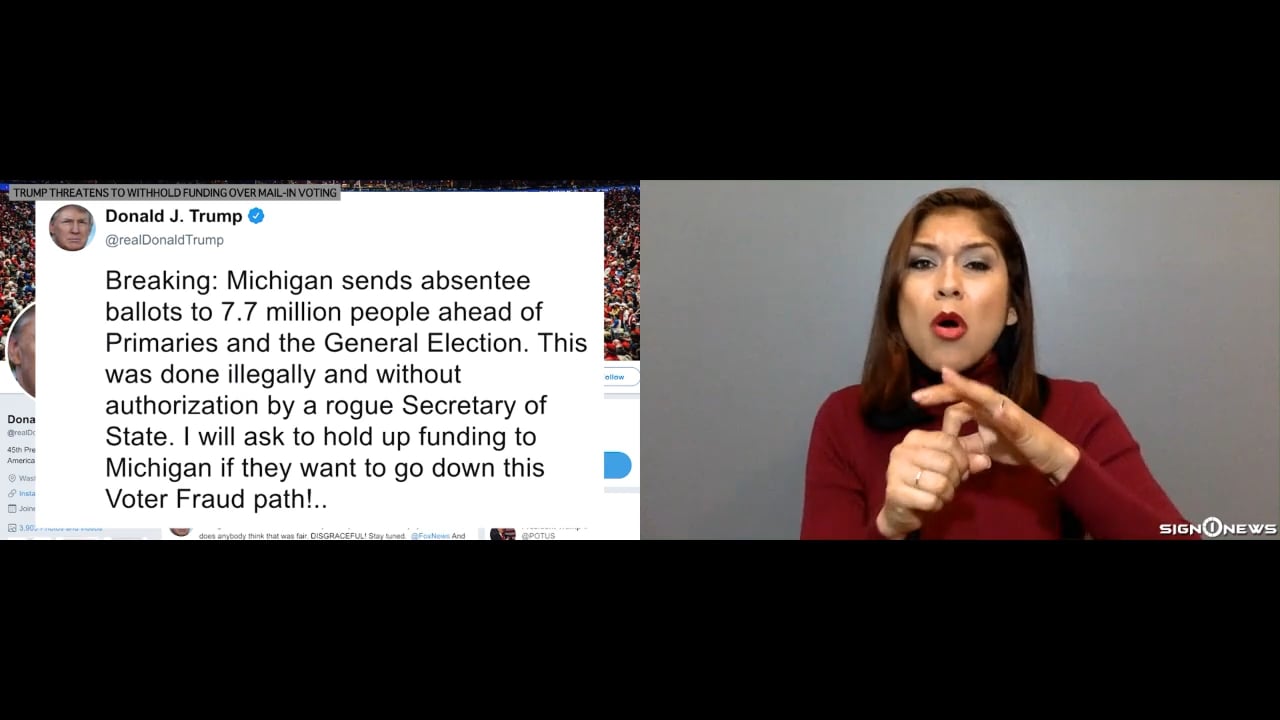 That’s why some states are taking steps to make it easier to vote by mail.

But President Trump is threatening to withhold funding to Michigan and Nevada over their efforts to expand mail-in voting.

Michigan’s secretary of state said all the state’s registered voters will get absentee ballot applications in the mail.

Wednesday Trump took to Twitter threatening to “hold up funding to Michigan if they want to go down with this voter fraud path.”

This comes as Michigan is in the middle of a flooding emergency.

The governor of Michigan responded saying “We’ve got to take politics out of this crisis moment and remember we’re all Americans.”

States have the legal right to make electrical changes.

Other states including Georgia, Iowa, Nebraska and West Virginia have mailed absentee ballot applications to voters.

Some states have made upcoming primaries completely vote-by-mail due COVID-19.

Meanwhile in Texas a lower court judge’s ruling that would have allowed all registered voters in the state access to absentee mail-in voting has been temporarily halted by a federal appeals court.