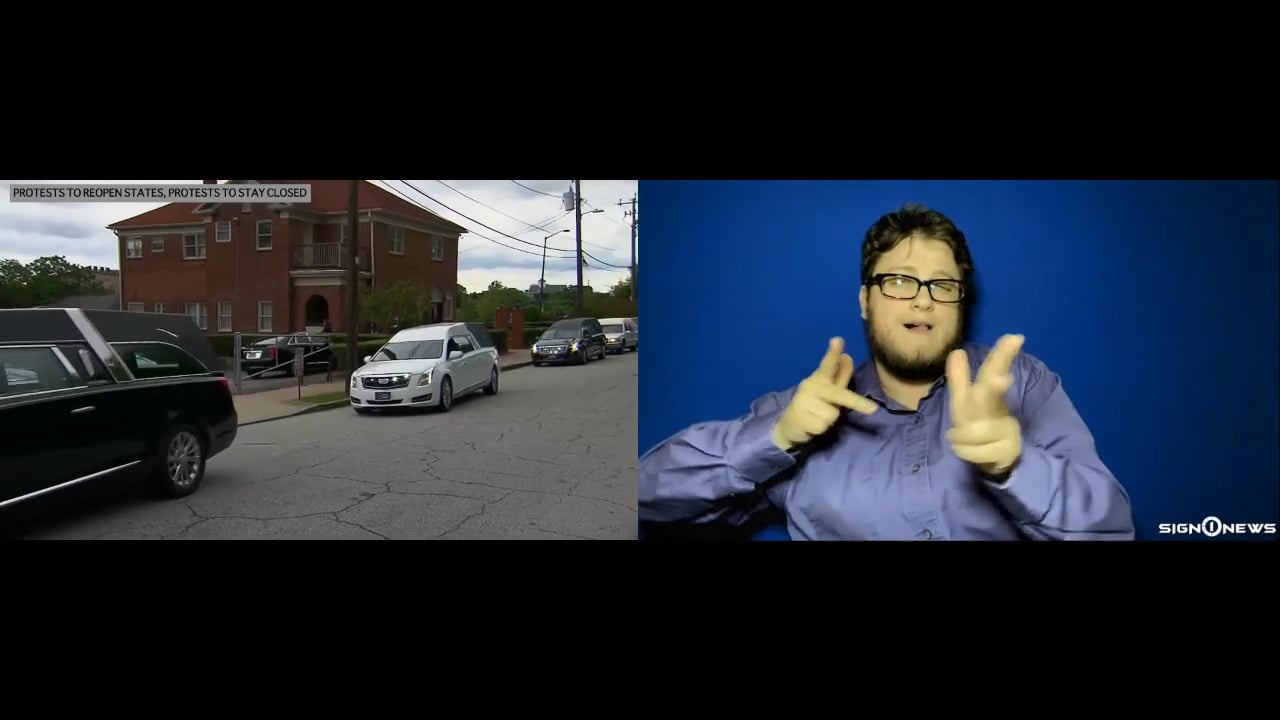 With federal guidelines expiring, it’s now entirely up to governors to figure out the details on reopening their economies.

As of midnight, 31 states across the country will be open or partially reopened and stay-at-home orders will be eased, allowing retail, restaurants, movie theaters, salons and even malls to reopen.

However tensions are high in some states between those who want to reopen and those concerned about the health impact it may have.

This is video from here in Georgia.

A group called “The Georgia Coalition To Save Lives” staged a mock funeral procession in protest of Georgia’s governor reopening the state this week.

A line of hearses started at a funeral home, drove past the Georgia capitol then continued on to two hospitals.

On the flipside, some states like Michigan are extending its stay-at-home order until May 15.

On Thursday dozens of protesters, angry the state is still shut down, the storm the gallery of the Michigan statehouse, yelling “Let us in! Let us in!”

One state senator says some of the protesters were armed.

In response to the Michigan protest, President Trump tweeted “The governor of Michigan should give a little and put out the fire. These are very good people but they are angry. They want their lives back again safely! See them, talk to them, make a deal.”

These clashes highlight the lack of a national strategy in combating the pandemic and the struggle states are facing trying to balance public health concerns with the growing economic hardships.

Until now, governors have been on their own with no consistent federal guidance on how to resume daily life.

The White House is now reviewing the draft document from the CDC that details how businesses, schools and other organizations should handle reopening.

However the nation’s top infection expert Doctor Anthony Fauci says states face a significant risk if they reopen too soon especially those states were coronavirus cases are still spiking.

The race for a vaccine