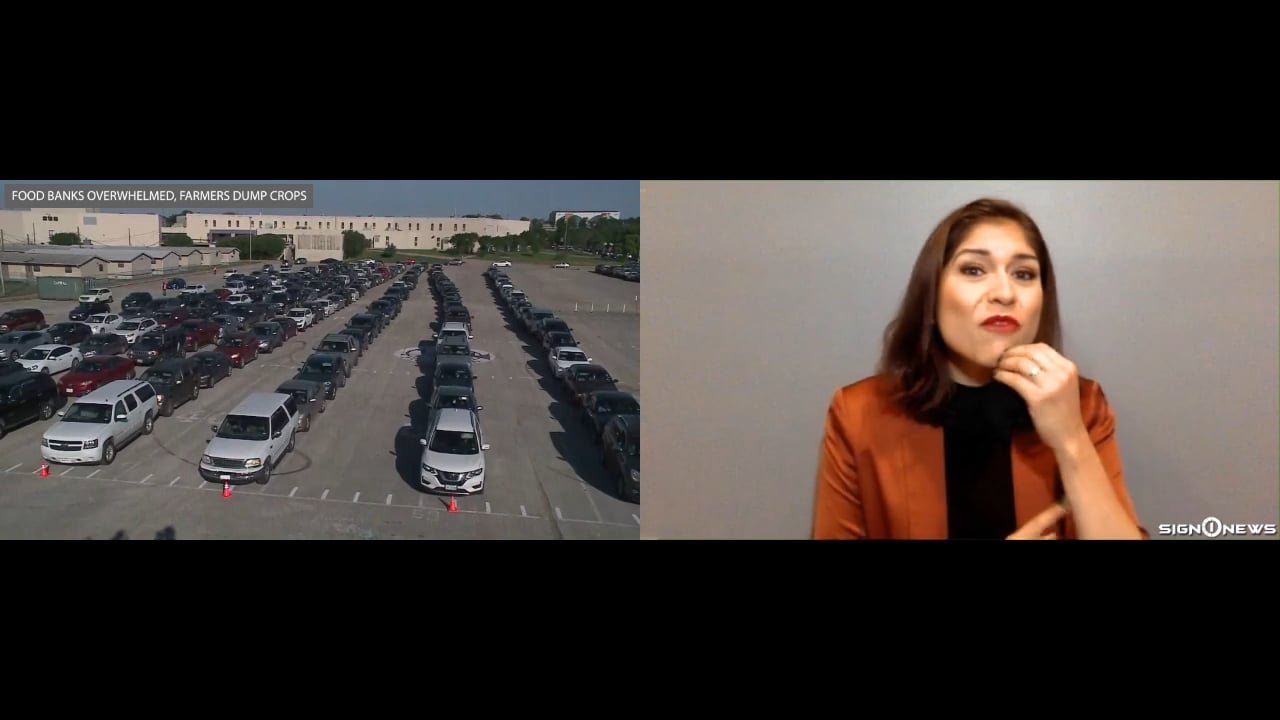 Contamination at CDC likely cause of test delays

Across America from coast-to-coast in red states and blue states in big cities and small towns, images like this are being witnessed.

Cars lined up bumper-to-bumper in front of food banks, filled with people who can no longer afford to go to the grocery store, people who don’t know where their next meal will come from or how they will pay for it.

In many cases they are lining up for miles.

According to “Feeding America,” food banks across the US have seen a 40% increase in demand.

And in some cases they don’t always have enough provisions to feed those in need.

In some states the demand has been so great the National Guard has been called in to help food banks with coordination and distribution.

Meanwhile some farmers across the country have been left with no choice but to dump the crops that are typically sold to restaurants that are now closed.

Some have tried to donate but delivering mass quantities of fresh produce in a small window of time before it goes bad is a challenge.

The American Farm Bureau along with feeding America have asked the US Department of Agriculture to streamline a system that connects farms and food banks.

Until that happens, we’re likely to see more food going unused and more lines of people that certainly could have used it.

There has been a worldwide trend of decreasing air pollution since the coronavirus lockdowns began.

Contamination at CDC likely cause of test delays