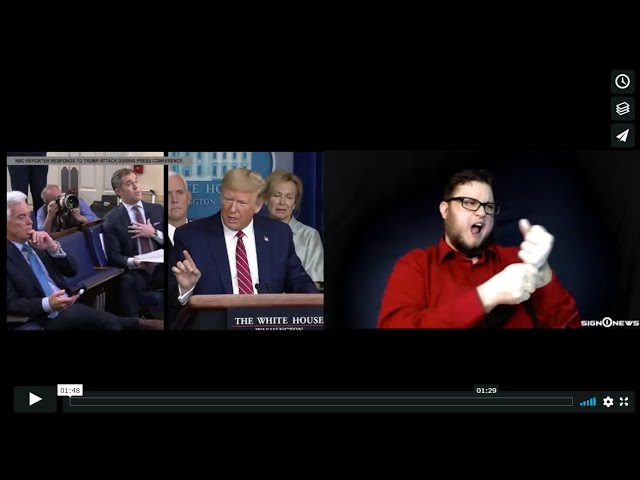 President Trump lashed out at NBC reporter Peter Alexander during the coronavirus press conference on Friday.

Alexander asked “What do you say to Americans who are watching right now who are scared?”

He said he was giving Trump a chance to reassure Americans.

Instead Trump ripped into Alexander calling him a “terrible reporter.”

Alexander later said in a statement that “Trump probably hasn’t worried about finances much in his life.”

Millions of Americans are expected to report job losses due to coronavirus.

The US stock market is ending its worst week since 2008.

And Goldman Sachs predicts the US economy will shrink at an annual rate of 24% next quarter.

Dr. G answers your questions: Can babies and children die from coronavirus?