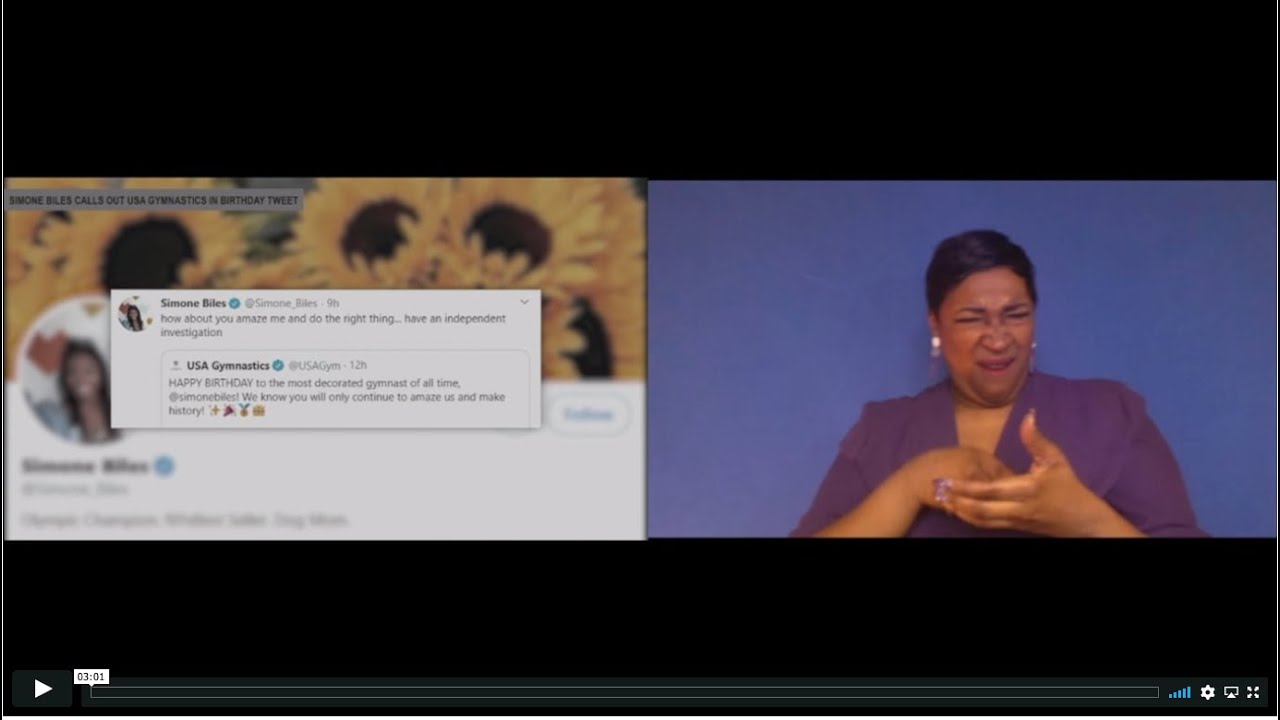 Olympic gold medalist Simone Biles’s quest for answers about the Larry Nassar sexual abuse scandal is not stopping, not even on her birthday.

On Saturday Biles turned 23 but the gymnast was not happy when USA Gymnastics tweeted a birthday message for her.

The organization tweeted “We know you will only continue to amaze us and make history” and tagged the wrong account.

Biles saw the message and fired back a tweet using USGA’s own words, saying “How about you amaze me and do the right thing. Have an independent investigation.”

Biles, who said she was sexually abused by Larry Nassar, has been publicly calling for an independent investigation by USAG and the US Olympic and Paralympic committees into the scandal for months.

Nassar, a former sports physician for the USAG national team and Michigan State University, is currently serving a life sentence after more than 150 women and girls accused him of sexual abuse.

Biles is one of several Olympic medalists and athletes who has criticized USAG’s proposed $215 million settlement offer for victims of Nassar’s sexual abuse.

Last week the Wall Street Journal reported that USAG withheld the investigation of the doctor’s sexual abuse from Biles despite the fact she was among the first athletes USGA learned were uncomfortable with the doctor.