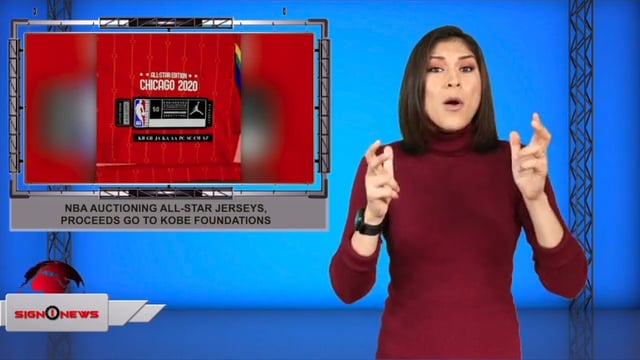 The NBA paid tribute to Kobe Bryant throughout All-Star weekend in Chicago, and now the professional basketball league will donate to his foundations in his honor.

As a tribute to Kobe and his daughter Gianna, Team Lebron and Team Giannis wore the numbers 2 and 24 for Sunday’s game.

Both teams also are patches with nine stars to represent the victims who died in last month’s helicopter tragedy.

In honor of all the victims, the All-Star jerseys will be auctioned off and the money will be donated to the “Mamba On Three Fund” and the “Mamba & Mambacita Sports Foundation.”

The Mamba On Three Fund was created to help support the other families affected by the helicopter tragedy.

Kobe and Gianna’s public memorial service is scheduled for February 24 at the Staples Center.