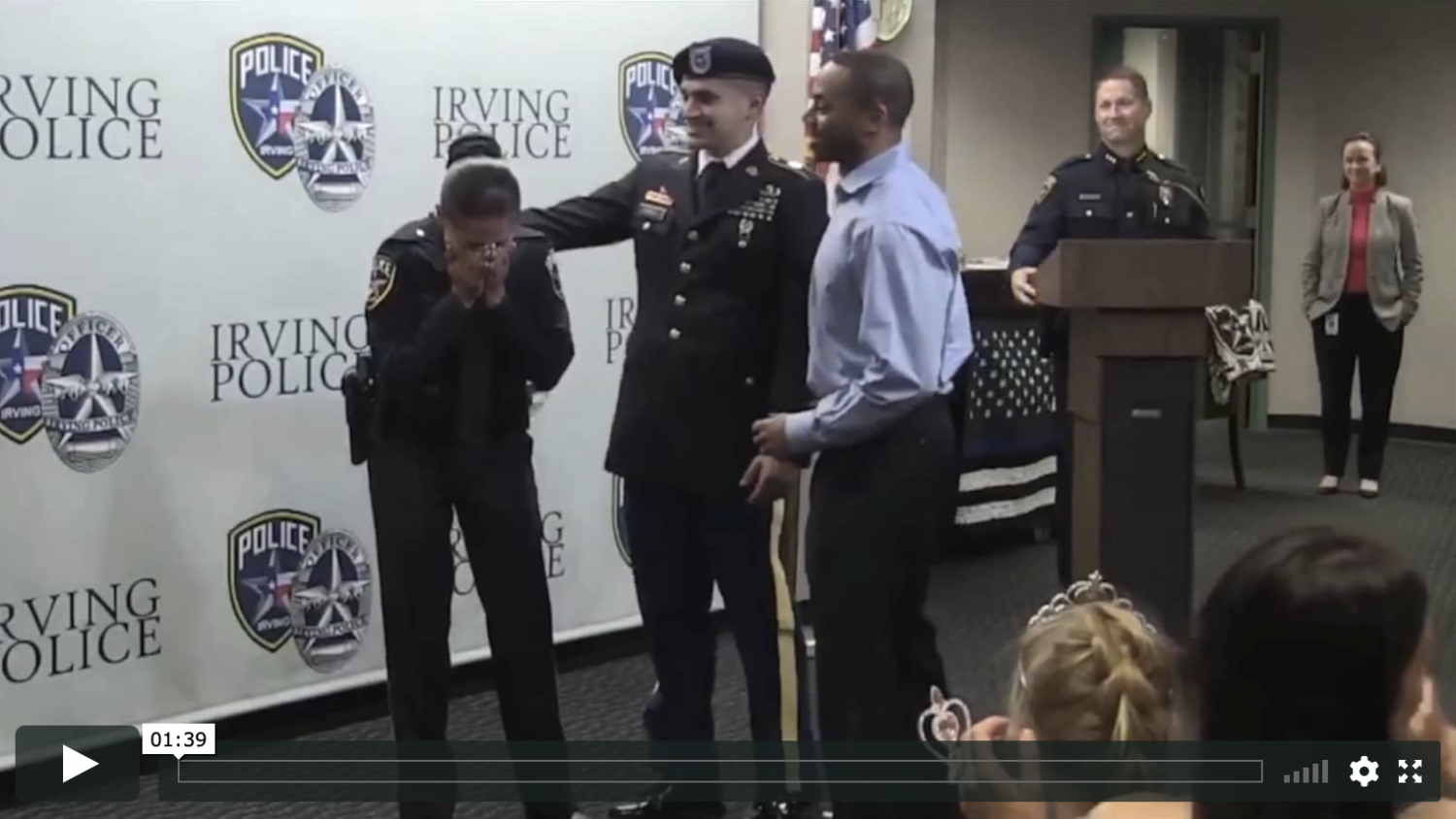 This next story is truly heartwarming.

It shows the moment when a son surprised his police officer mother during her swearing-in ceremony.

Erika Manning was receiving her badge as a new Irving, Texas police officer.

Her son is in the military stationed overseas and Benning hadn’t seen him in more than two years.

It didn’t seem likely that he would make it to her swearing-in ceremony.

But watch what happened just as Benning was about to receive her badge.

Benning had wanted to be a police officer ever since she was a child but had to put her dream on hold when she became pregnant with her son.

She says having her son pin on her badge will be a moment she will remember and cherish forever.