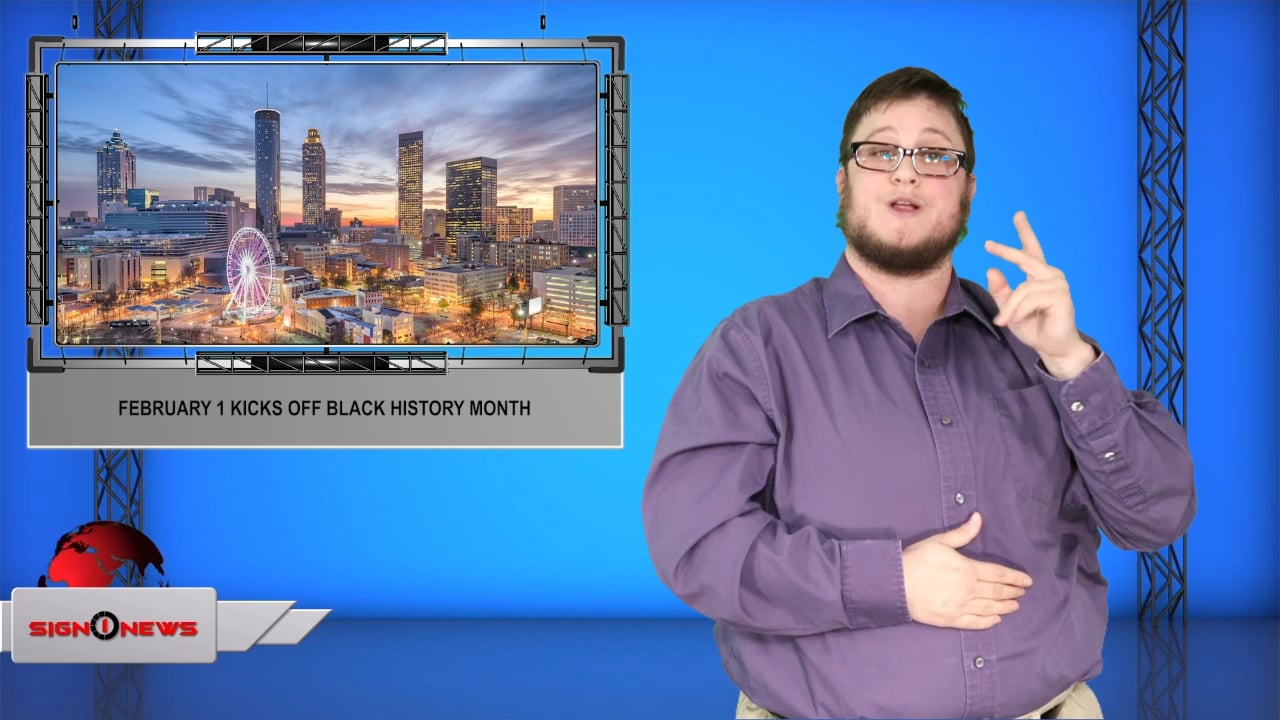 Today is February 1, marking the beginning of Black history month.

But Lincoln knew a proclamation would not be enough.

That led to the creation of the 13th Amendment which formally abolished slavery.

The amendment was officially approved on February 1, 1865.

Google is kicking off Black history month with this doodle.

It commemorates the 60th anniversary of the Greensboro sit-ins.

In 1960, four African-American college students quietly sat down at a whites-only Woolworth’s lunch counter in Greensboro, North Carolina and waited.

Despite receiving no service and requests to leave, they kept waiting and came back the next day and waited all over again.

Within days similar protests spread all across the country, marking a turning point in the civil rights movement.

Atlanta is known as the “Cradle of the Civil Rights Movement.”

Every weekend this month, me and my Sign1News coanchors will be taking you to historic landmarks around the city to share the stories behind their significance and impact on African-American culture.

We hope you will join us.