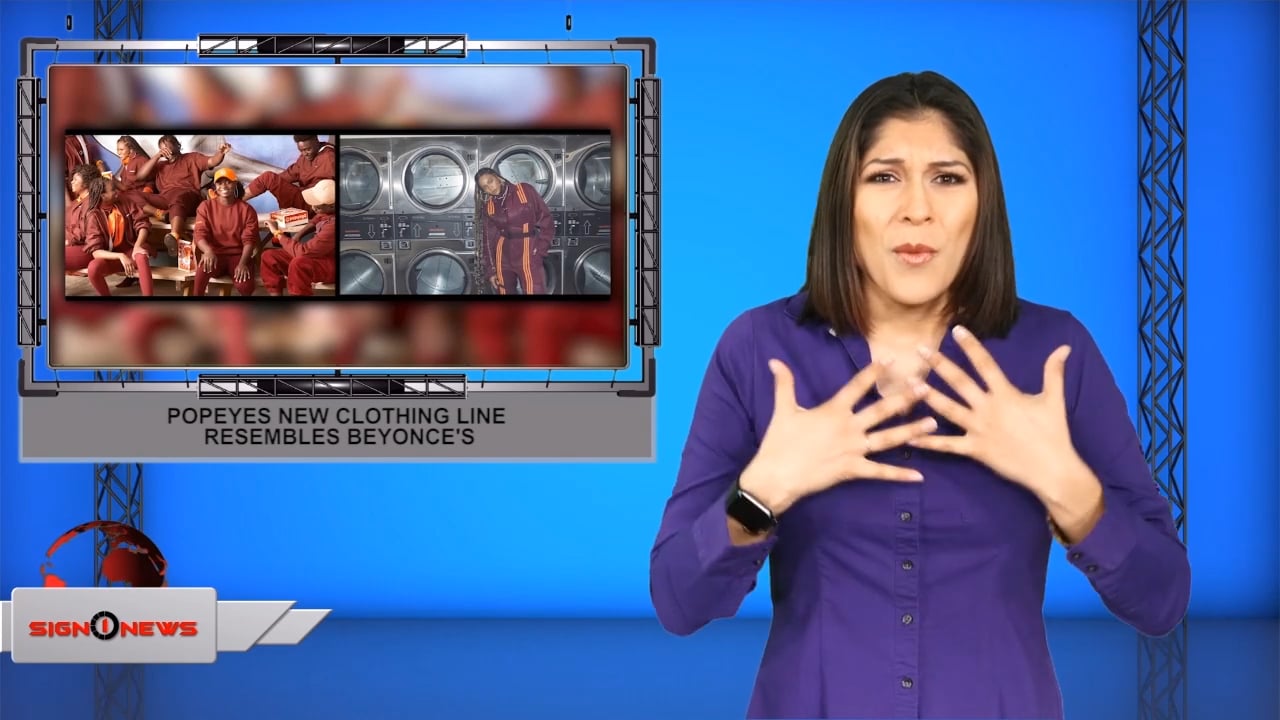 Popeyes fans can now eat their favorite chicken, while wearing clothing inspired by it.

On Wednesday the fried chicken chain released a line of new employee uniforms.

Some have pointed out it’s similarities with a new line from BeyoncÈ’s clothing line, Ivy Park.

Ealier this month Beyonce released her Ivy Park line with its new collaboration with Adidas.

Both highlight the same color scheme, maroon and orange.

Popeyes fans can buy its selection of jackets, shirts, hats and hoodies at the link here on the screen.

Popeyes calls its line “that look from Popeyes.”

It’s a play on the chain’s slogan, “Love that chicken from Popeyes.”

ICYMI: Nike has sold out of Kobe Bryant gear