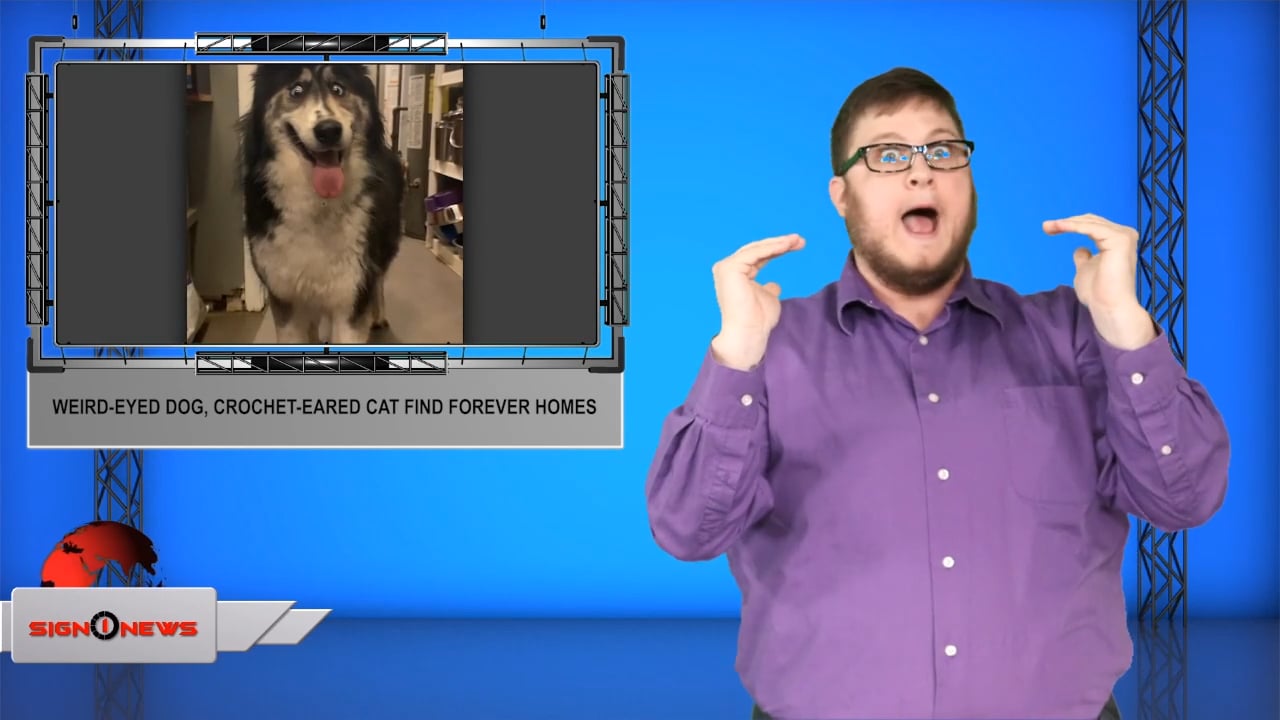 Jubilee has an eyelid deformity that makes it appears as if she’s always surprised.

The veterinarians at the Husky House shelter gave her a thorough check up.

Besides the strange expression on her face, Jubilee is normal and healthy in every other way.

A breeder gave her to the nonprofit shelter in Matawan, New Jersey in 2018.

The breeder did not think Jubilee could be sold because she was too weird looking.

After two years, the shelter had no luck in finding a new home for Jubilee.

The shelter posted a photo on their Facebook page hoping to find someone to adopt her.

And they were just as surprised as the look on Jubilee’s face.

More than 150 people applied to adopt the four-year-old Husky.

Husky House announced on Saturday that Jubilee has found her forever home with a family that had previously adopted a dog from them.

And did you hear the story about the cat with crocheted ears?

This cat named Lady had to have her ears removed due to chronic infections.

Lady is a former stray but she is a sweet cat who likes cuddles and head bumps.

However without any ears, everyone at the Dane County Wisconsin Humane Society was concerned no one would adopt her.

A nice shelter employee decided to help her out.

Lady was adopted just hours after the Humane Society posted photos on Facebook.

So the cat with crocheted ears and the dog with weird eyes both have a new happy, forever home.