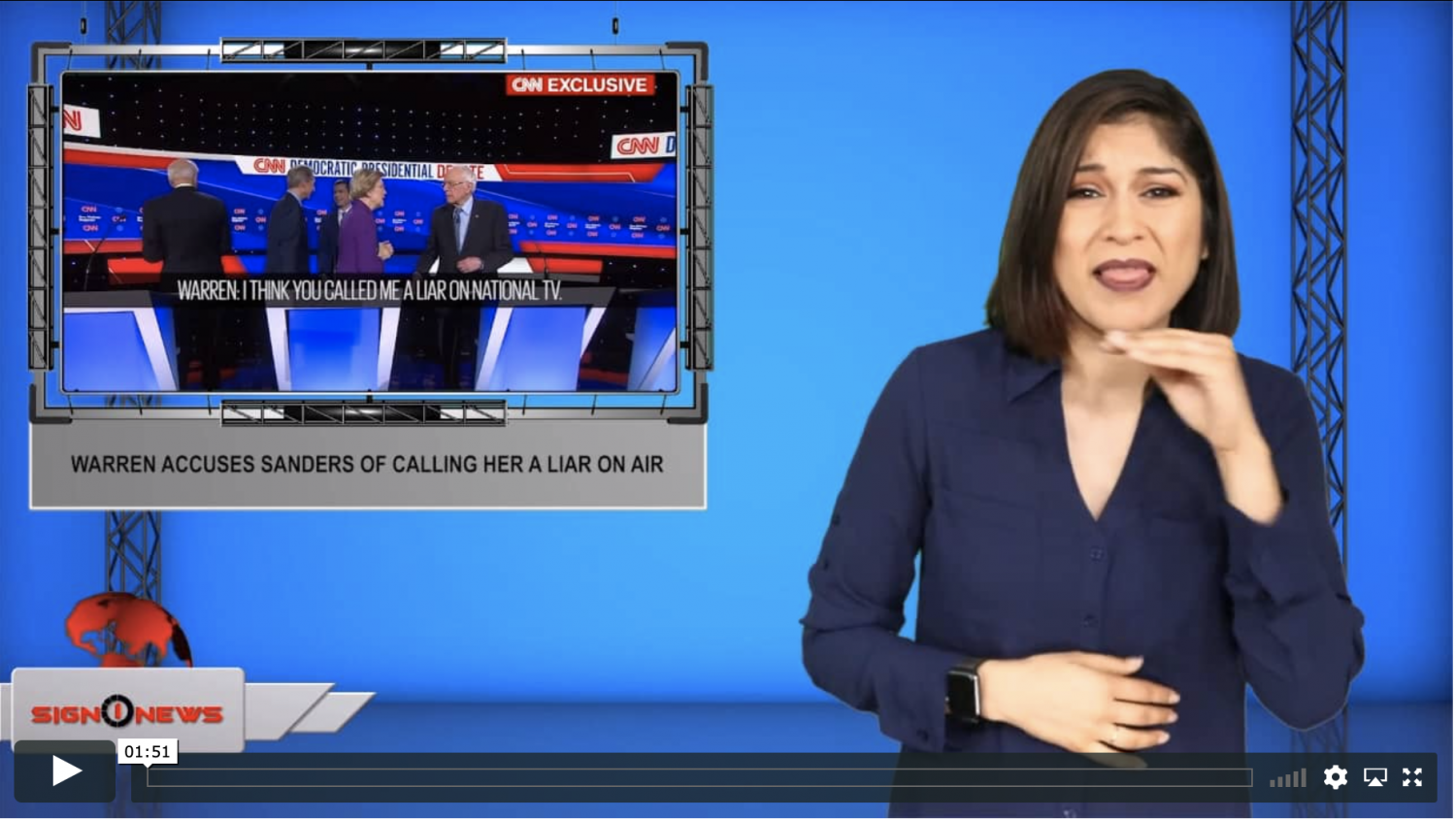 The candidates contradicted each other during the event when a moderator asked about a comment Sanders allegedly made.

Warren said Monday he told her her during a private meeting in 2018 a woman could not win the presidency.

When asked about that comment during the debate, Sanders denied ever making it and said he believes a woman can win.

Warren was asked the same question and said she disagreed with the statement.

As the debate ended, Warren refused to shake Sanders’ hand and instead confronted him about contradicting her version of what he said.

Warren said “I think you called me a liar on national TV.”

The confrontation marks a departure from the way the two candidates have related to each other during their campaigns.

The pair even shook hands when they arrived on stage at the start of the event.

Video of the conversation aired on televised coverage of the debate but it did not include audio.