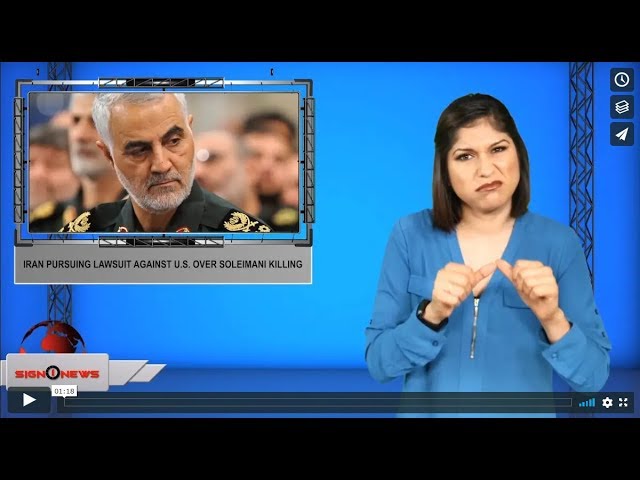 According to Tasnim, a news station in Iran, Iran is working to file a criminal case against the U.S. Army, government and President Trump in the international criminal court.

Iran is pursuing the lawsuit over the recent killing of Iranian commander Qasem Soleimani who was killed in a drone strike by U.S. helicopters.

According to Tasnim a spokesperson for the Iranian judiciary said “there is no doubt that the U.S. military action was act of terrorism.”

The spokesperson said the case would be handled by Iranian courts, Iraq, “where the crime happened,” and the international criminal court.

The spokesperson also said the process may be long, but Iran is “pursuing this case to the end.”

Feeling sick? New tool lets you screen yourself for COVID-19

O W
Transcript Feeling a little sick but unsure whether you should go to the doctor? Well there’s an app for that. Apple has teame...

O W
Transcript Some countries are taking drastic measures to curb the social spread of the coronavirus. In the Philippines, the presiden...

O W
Transcript Testing remains a major problem in the battle against coronavirus as hospitals grapple with a shortage of test kits and l...

O W
Transcript More than 900 new deaths from the coronavirus have been reported Wednesday, the most reported deaths for a single day in...