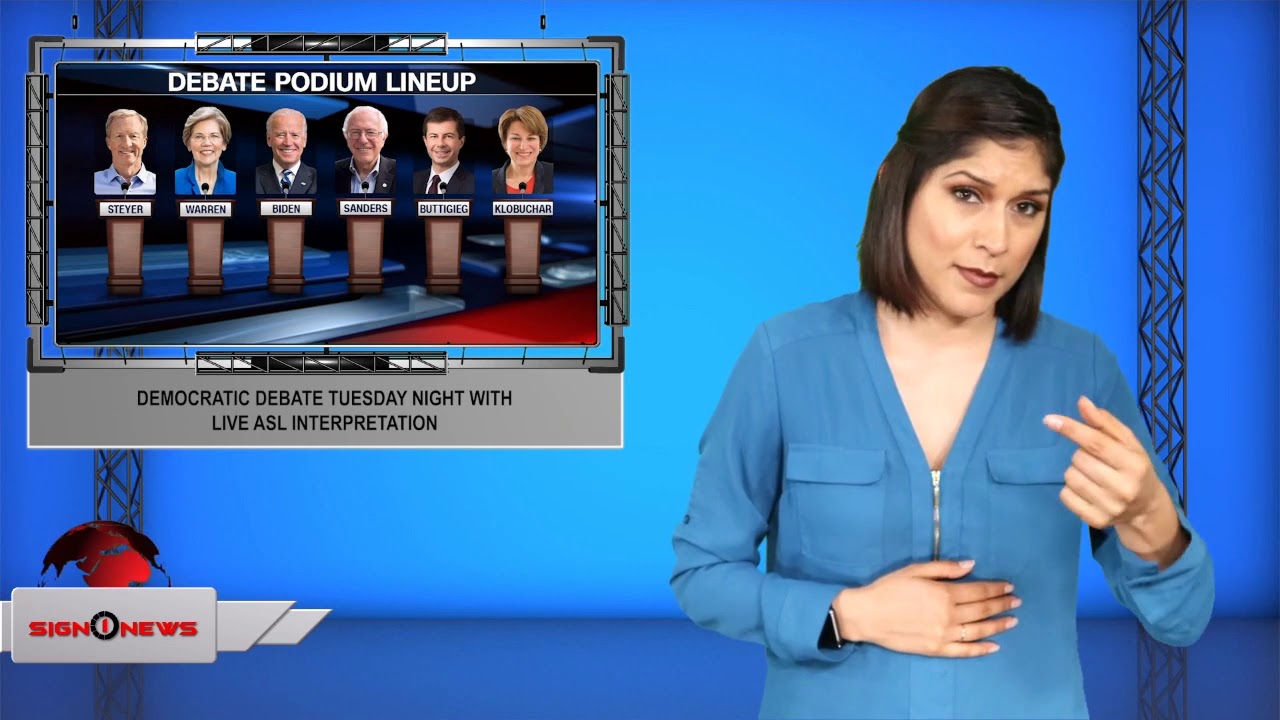 On Tuesday night (Today) at 9 p.m. Eastern Time six out of the 12 remaining Democratic presidential candidates will face off in the final debate before next month’s Iowa caucuses.

And Sign1News will be providing live ASL interpretation for the debates.

Tuesday’s debate will be held in Des Moines, Iowa.

Former New York City Mayor Michael Bloomberg will not to be on stage.

And in case you missed it, yesterday (Monday) Senator Cory Booker announced he’s ending his presidential campaign after failing to qualify for tonight’s debate.

And some people are concerned that the Democratic field seems to be getting less diverse with every campaign drop out.