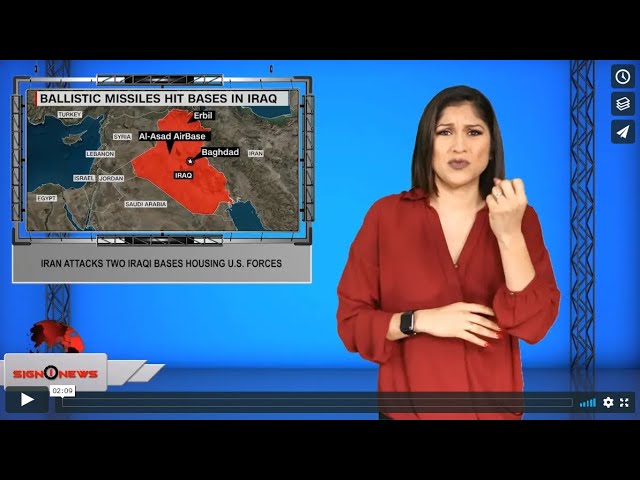 No casualties have been reported.

This video from the Fars News Agency claims to show the moments rockets hit the base.

But this cannot be independently confirmed.

Iran claims it doesn’t want war but also says that any retaliation from Trump would be considered an escalation and responded to as such.

Following the attacks President Trump tweeted, “All is well!…So far, so good!”

He said Iran appears to be standing down and he will impose new sanctions.

His address to the nation appeared to suggest there would not be a military response to the attacks.

He also criticized Soleimani saying he was the “world’s top terrorist” and that Soleimani “was planning new attacks on American targets, but we stopped him.”
Sign1News is the first and only digital network, partnered with world news leader CNN, to offer on-line news and information in American Sign Language. Sign1News provides equal access to local, regional and national news and information to the Deaf and hard-of-hearing community via a daily post-produced broadcast. Sign1News: Your Life. Your Language.