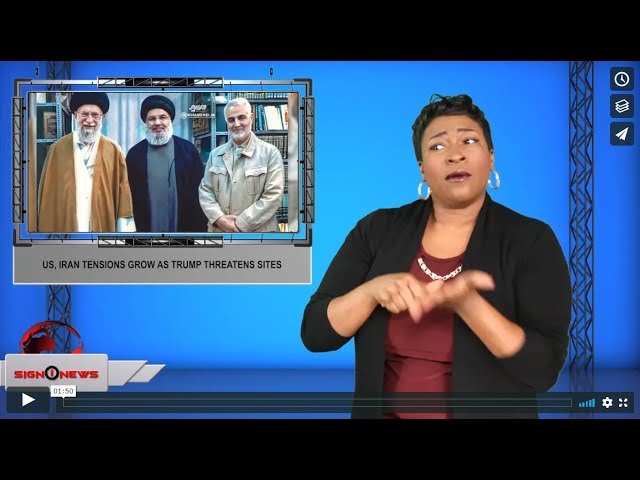 Tensions between the U.S. and Iran grow following last week’s airstrike that killed one of Iran’s top generals, Qaem Soleimani.

Here are a a few updates of the events that have taken place between the two countries over the last few days.

Over the weekend, President Trump threatened to target Iranian cultural sites if Iran attacks any American interests in retaliation of Soleimani’s killing.

On Sunday Iraq’s parliament voted to obligate the government to work toward removing all foreign troops from the country.

Back in the U.S., thousands of troops are getting ready to deploy to the Middle East as tensions in the region continue to escalate.

And President Trump says if Iran tries retaliate, the U.S. will “quickly and fully strike back and perhaps in a disproportionate manner.”

But House Speaker Nancy Pelosi says not so fast.

On Sunday night Pelsoi sent a letter saying the House of Representatives will introduce and vote on a war power resolution that limits President Trump’s potential military actions in regard to Iran.

Also on Sunday, Iran announced it would no longer abide by any portion of the international nuclear deal set forth in 2015.

This means the country will go forward with any planned nuclear arms development.

On Monday (Today) huge crowds filled the streets in Iran during the funeral services for Soleimani.

And today Soleimani’s daughter said her father’s death will bring darker days for the U.S., and Iran has vowed revenge.