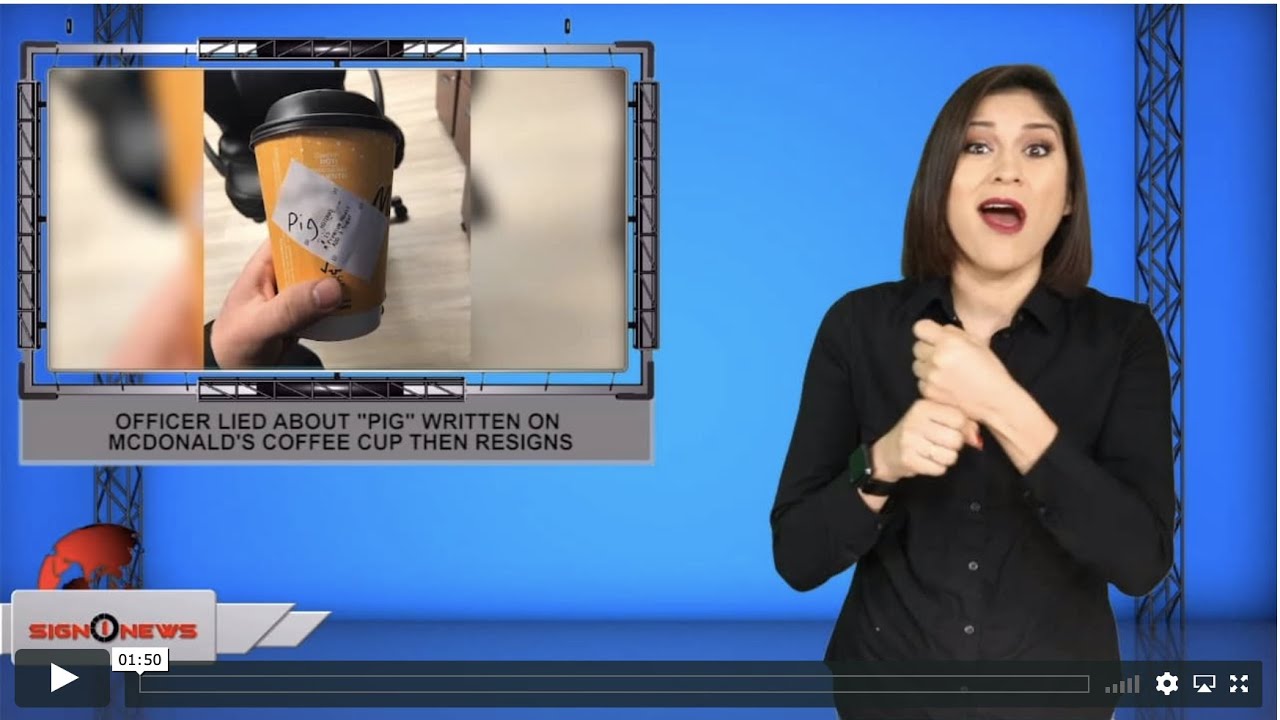 On Saturday a Kansas City police officer texted this picture to the Herington police chief.

It’s a coffee cup with the words “f-ing pig” on it.

The officer claimed it was given to him by a McDonald’s drive-through worker in Junction City.

The chief then uploaded the image on Facebook from his personal account with the caption: “This is what he paid for. The company offered him a free lunch. No thank you! A Big Mac and large fries doesn’t make up for it.”

But after an investigation, authorities discovered the officer made the whole thing up and it was meant to be a joke.

He later resigned from the police force.

McDonald’s conducted its own investigation and said “We’re glad the evidence confirmed our evaluation that McDonald’s and our crew members were absolutely not involved.”

The chief did not release the officer’s name, saying the matter was now “a personnel issue.”

The officer is not facing any criminal charges.

The chief also added he will now question his decision about posting anything on social media because of the impact that he could have.