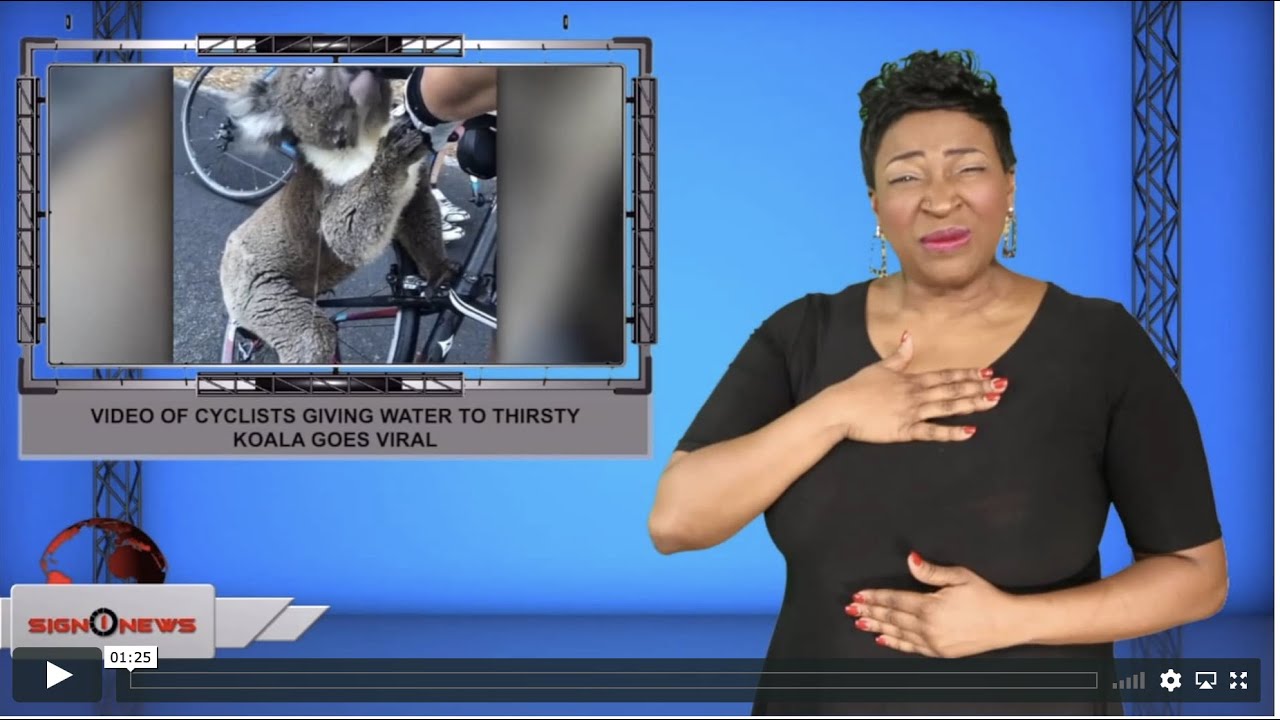 This next story is evidence of the desperation Australians are enduring in the face of the drought and wildfires.

A group of cyclists say when they spotted this koala sitting in the road, they tried to move it to safety.

Koalas typically are not people animals and tend to keep their distance.

But this koala quickly walked up to the group, climbed up on a bike and indicated it was thirsty.

Once it drank from two cyclists’ water bottles, it was moved safely to the side of the road.

As we mentioned in last night’s newscast, officials say up to 30% of koalas may have been killed in Australia’s bushfires.

The animals are now considered an endangered species.