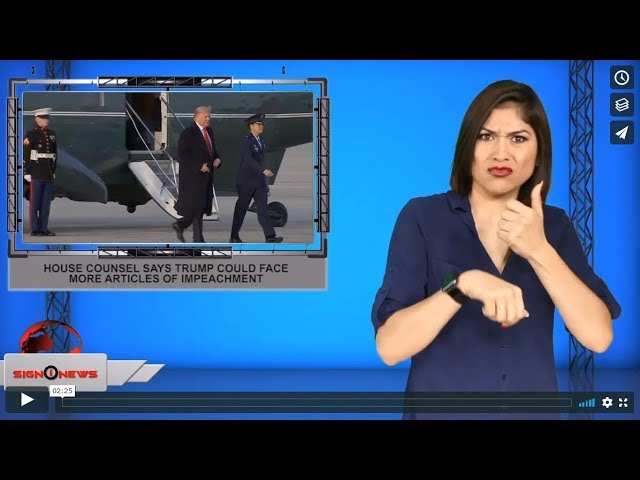 On Monday the House suggested that President Trump could face more articles of impeachment.

And they are seeking secrets from former special counsel Robert Mueller’s investigation, saying that Mueller’s work is relevant in a Senate trial of President Trump.

The House says the president could face more articles of impeachment in the future because he is still under investigation.

The House is pushing for both of these as they publicly push the White House to turn over documents and to allow witnesses to appear for testimony during a Senate trial.

The Trump administration and Republican Senate leadership have refused both requests.

Meanwhile, the impeachment process in on a pause after articles of impeachment have already been passed.

The process is on a pause since House Speaker Nancy Pelosi hasn’t sent over the articles of impeachment to the Senate.

Democrats are pressuring Senate Majority Leader Mitch McConnell to allow witnesses and documents to be introduced in the Senate trial.

But McConnell says it’s up to the House to investigate not the Senate.

And that his hands remain tied until Pelosi sends the articles over to the Senate.

McConnell says it seems like a “rather absurd position” not send the articles over after impeaching the president.