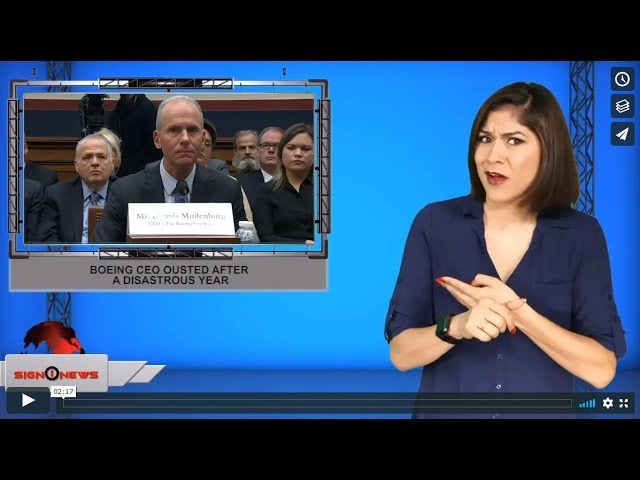 According to Boeing the CEO was fired, in part, because customers and regulators no longer trusted the company’s decision-making.

The company that designs and sells airplanes has been under intense scrutiny after two fatal crashes of its 737 Max killing 346 people.

The other in Ethiopia on March 10th of this year.

The 737 Max was the company’s best-selling commercial jet and has been grounded worldwide since March.

Boeing has struggled to get the plane back in the air, despite efforts to clear a fix with software regulators.

Earlier this month, it said it would temporally stop producing the jet in January.

But a former employee testified before Congress earlier this month that Boeing ignored safety concerns when building the 737 Max.

Boeing Chairman David Calhoun will take over as CEO on January 13.

The challenge for him will be convincing regulators that the 737 Max is safe to fly, and regaining the trust of customers.