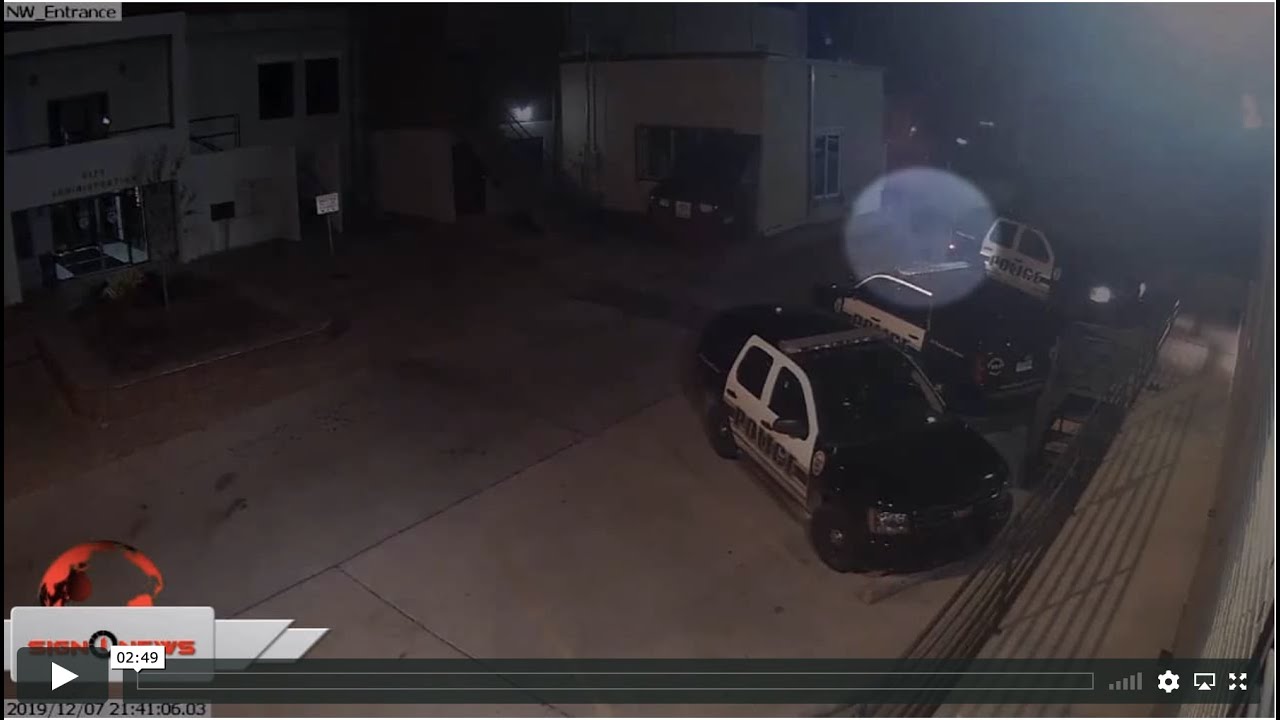 Earlier this month Arkansas police officer Stephen Carr was sitting outside the police station in his patrol car when he was gunned down.

Now authorities with Washington County Sheriff’s office have released the surveillance footage of the ambush.

Authorities say they were hesitant to release surveillance videos because of the heinous and shocking nature of crime.

But they wanted to keep the public informed of exactly what happened.

The videos were first shown to Carr’s family.

He approaches officer Carr’s police vehicle on the driver’s side.

The vehicle is facing the building with the headlights on.

Phillips fires several rounds into the vehicle at point blank range and continues to fire as he walks away.

Phillips was later killed in a confrontation with police.

No motive has been revealed in the shooting.

The police chief simply said Phillips had a “brief history” with his department.