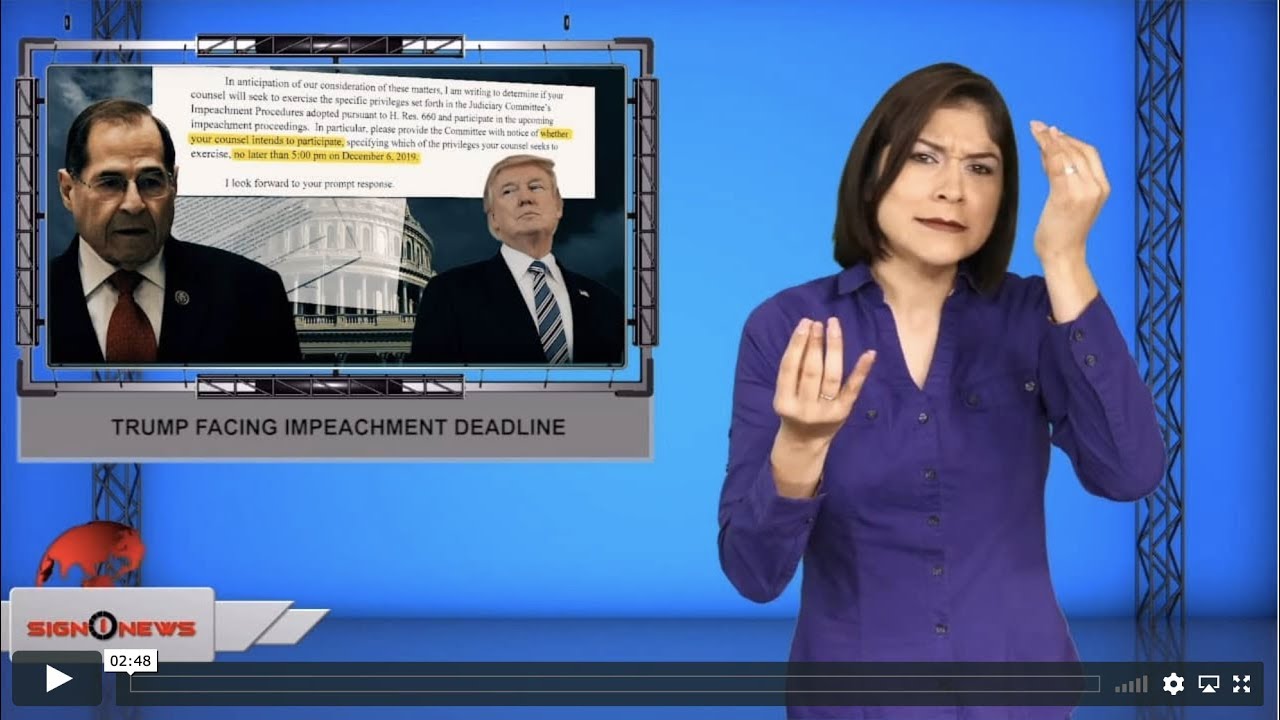 The White House has until next Friday, December 6 to decide whether or not to participate in the next round of impeachment hearings.

The deadline on Friday, December 6 is just to decide if he wants to participate.

But the deadline on Sunday, December 1 is for the White House to decide if it wants to send a legal representative to the first Judiciary impeachment hearing on Wednesday.

Trump has until Friday, December 6 to decide if he wants to present his own evidence or witnesses.

Press Secretary Stephanie Grisham responded to the invitation, saying Nadler’s offer is being reviewed but the President has done nothing wrong and the Democrats know it.

Two officials say the administration is currently leaning towards not sending an attorney to the first hearing on Wednesday but that it is still considering suggesting possible witnesses.

This coming week the House intelligence committee is expected to submit to the Judiciary committee a report that will detail the findings in its eight weeklong investigation.

The report will include the public witness testimonies of current and former officials and their roles related to the Ukraine scandal.

Nadler will use the intelligence committee’s report as a guide to help write articles of impeachment on those Ukraine-related charges.

Trump is accused of trading a White House meeting with Ukraine and military aid in exchange for dirt on the Bidens.

Democrats are also considering additional articles including obstruction of justice based on the Mueller report.

Most Republicans continue to bash the process and stand by the President.