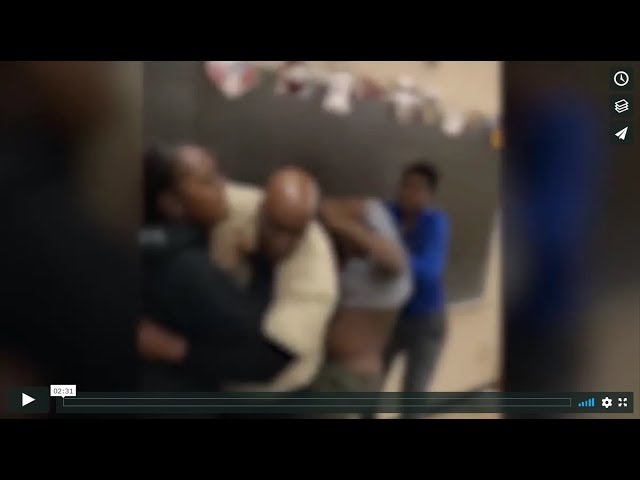 Police in Maryland say the video you’re about to see is “very, very disturbing.”

It appears to show a teacher physically assaulting a student at Largo high school in Prince George’s County.

Cell phones recorded as it played out in front of stunned students.

The video is a little blurred to protect the identities of minors.

Witnesses say the teacher asked the student if she needed to talk to a third party.

The student can be heard saying “No I’m talking to you!”

When the teacher begins to walk by, the video shows the student move in to assault her.

We want to warn you: the video may be disturbing to some viewers.

The teacher, who is in her 30s, was arrested.

Police plan to charge her with physical child abuse and second-degree assault.

The seventeen-year-old student, a senior, may face juvenile charges.

Despite the violent fight, neither the teacher nor student needed medical attention.