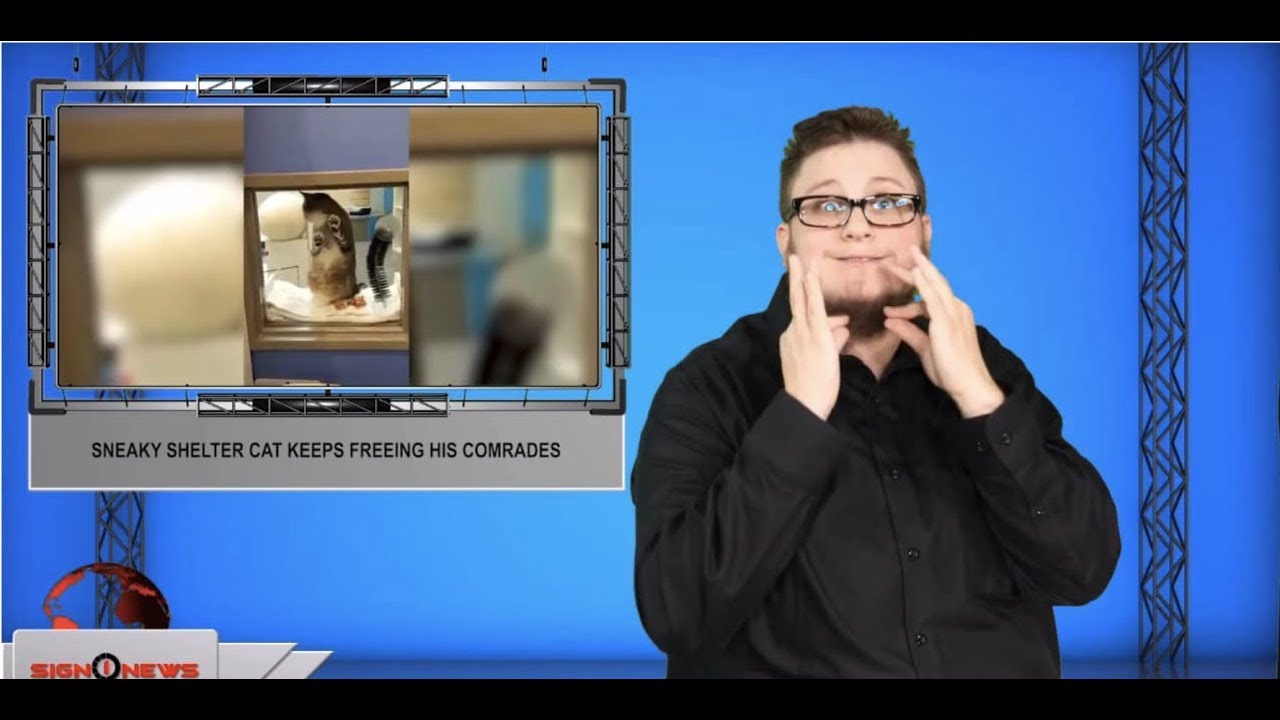 A rescue cat named Quilty has become the newest darling of the internet.

It’s all thanks to devious attempts to free himself and fifteen other senior cat at “Friends For Life” animal shelter in Houston, Texas.

When rescue workers reviewed security footage to find out how the cats kept getting out, the video showed Quilty was the culprit.

He would jump up and pull the handle down on the door.

When shelter staff came in the next day, they say it was obvious the cats had a blast during the night.

When the shelter workers saw what Quilty was doing each night, they put them in a solitary confinement in the building’s lobby.

The images they posted show an angry looking Quilty serving time for his crimes.

The shelter embraced Quilty’s sudden fame by using hashtags like #FreeQuilty and #Quiltynotguilty.

As you can imagine now people are clamoring to adopt the cat.

Quilty has already been matched with a potential adoptive family.

They are just waiting for the next steps to move Quilty into his new forever home.

Hopefully he doesn’t try to break out of it.

O W
Transcript In Italy the streets remain empty as the country is on lockdown until at least April 13. There is a glimpse of hope thoug...

India at risk of being next virus hot spot

O W
Transcript India is at risk of being the next hotspot of the coronavirus. Efforts are ramping up to contain an outbreak in one of As...

O W
Transcript The novel coronavirus has already claimed nearly 10-thousand lives and US officials say this will be an especially rough...