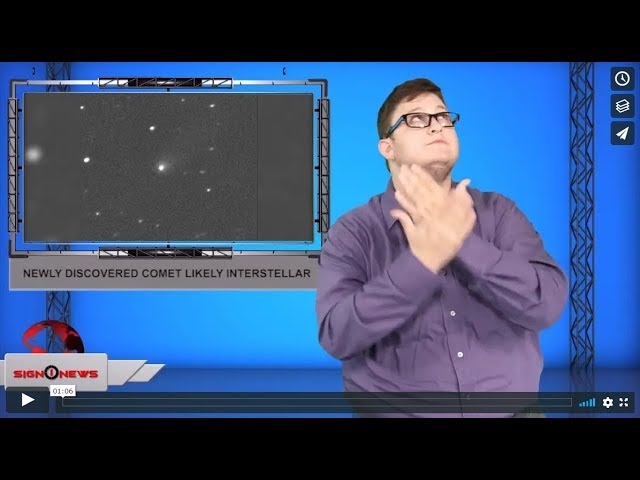 It appears we have an interstellar visitor in our midst!

Scientists at NASA believe a newly discovered comet originated from outside our solar system.

The comet was first detected on August 30 by scientists at the Margo Observatory in Crimea in Eastern Europe.

Although the official confirmation that the comet is interstellar has not yet been made, it’s got astronomers giddy with happiness because it would be only the second object detected as such.

The first was observed and confirmed back in October 2017.

The mysterious visitor is bound for the sun but will stay farther than the orbit of Mars and will approach no closer to earth than about 190 million miles!

Eventually scientists say it will end up back outside our solar system.