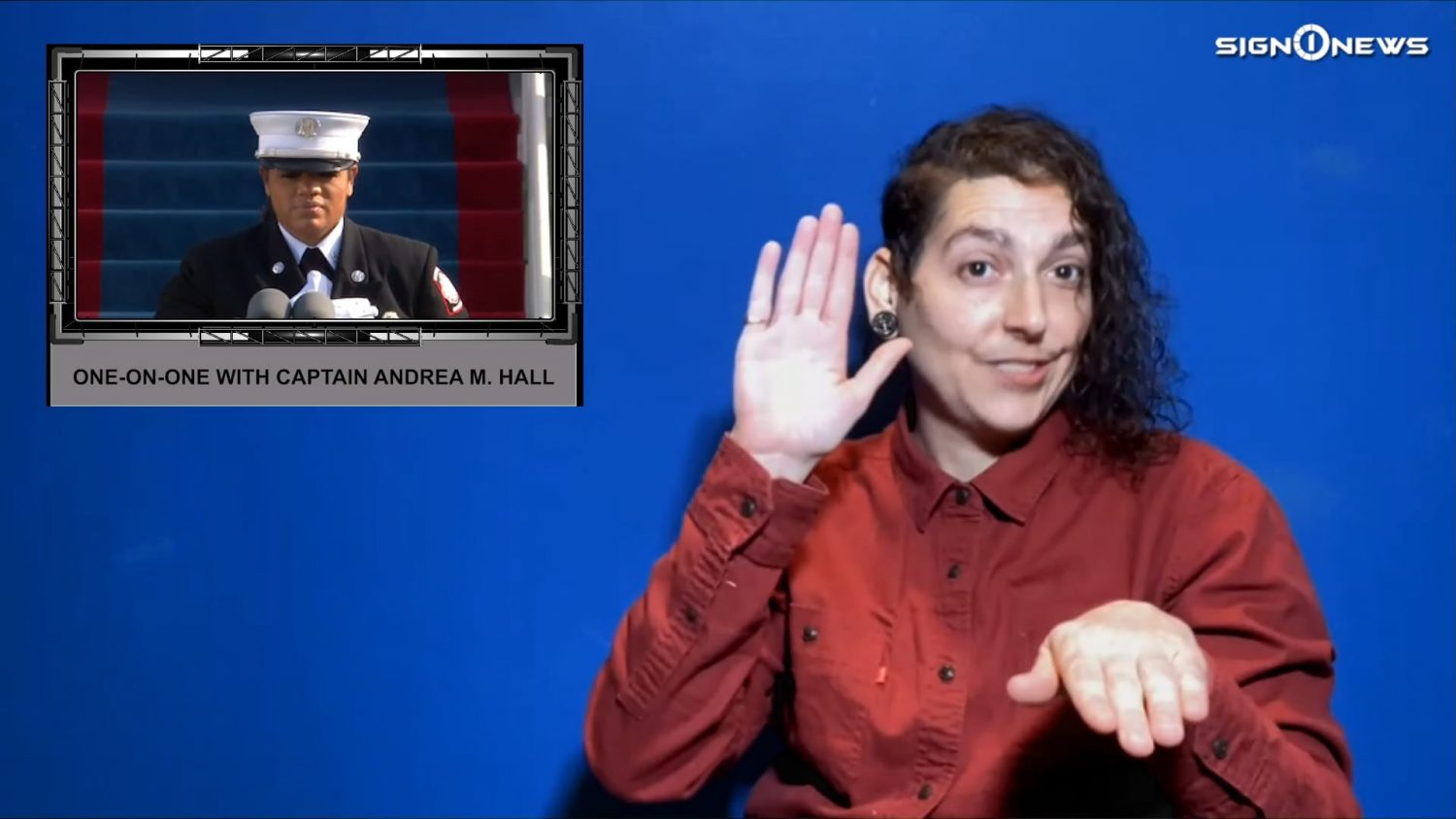 One on one with Captain Andrea M. Hall

Sign1News Virtual Chat: Is ASL Too White? Should Black History Be Taught Year-Round (2.20.21)

— Sign1News anchor Jethro Wooddall was granted an exclusive interview with Captain Andrea M. Hall. She is the fire captain who captured the world’s attention by speaking and signing the Pledge of Allegiance during the presidential inauguration.

— The inauguration may be over but Department of Defense officials say there are still security concerns so thousands of National Guard troops will remain in Washington, DC.

— The mittens Senator Bernie Sanders wore during the inauguration have gone viral. But if you were hoping to get your hands on a pair, you’re out of luck. They have sold out.

One on one with Captain Andrea M. Hall