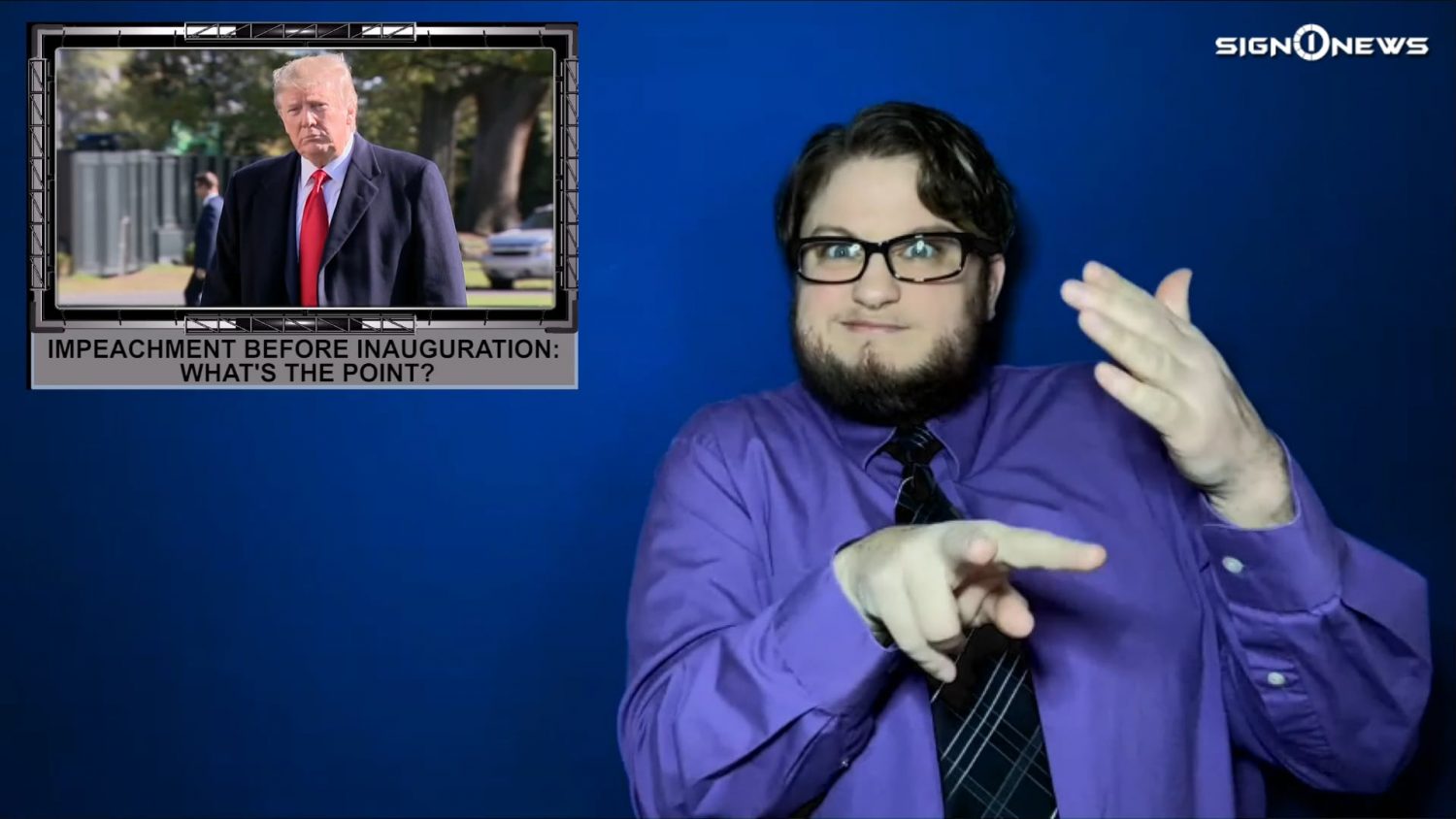 -Impeachment before inauguration: What’s the point?
-VP Mike Pence not ruling out 25th Amendment
-Amazon, Apple and Google boot Parler from platforms
-Top 5 stories of the week
TRANSCRIPT
Hello everyone.

— With inauguration day less than 2 weeks away Congressional lawmakers are debating whether or not to impeach President Trump for his role in Wednesday’s riot at the Capitol.

— Sources close to Vice President Mike Pence say he is mulling over the idea of invoking the 25th Amendment to remove Trump from office should he become more unstable.

— Amazon, Apple and Google have joined Facebook, Twitter, Instagram and SnapChat in making it harder for Trump and his supporters to communicate messages of violent threats and illegal activity.

— We have a recap of the top 5 stories of the week including a brazen DoorDash delivery driver who dropped off an order then decided to pick up a to-go order of the homeowner’s new puppy on the way out the door.