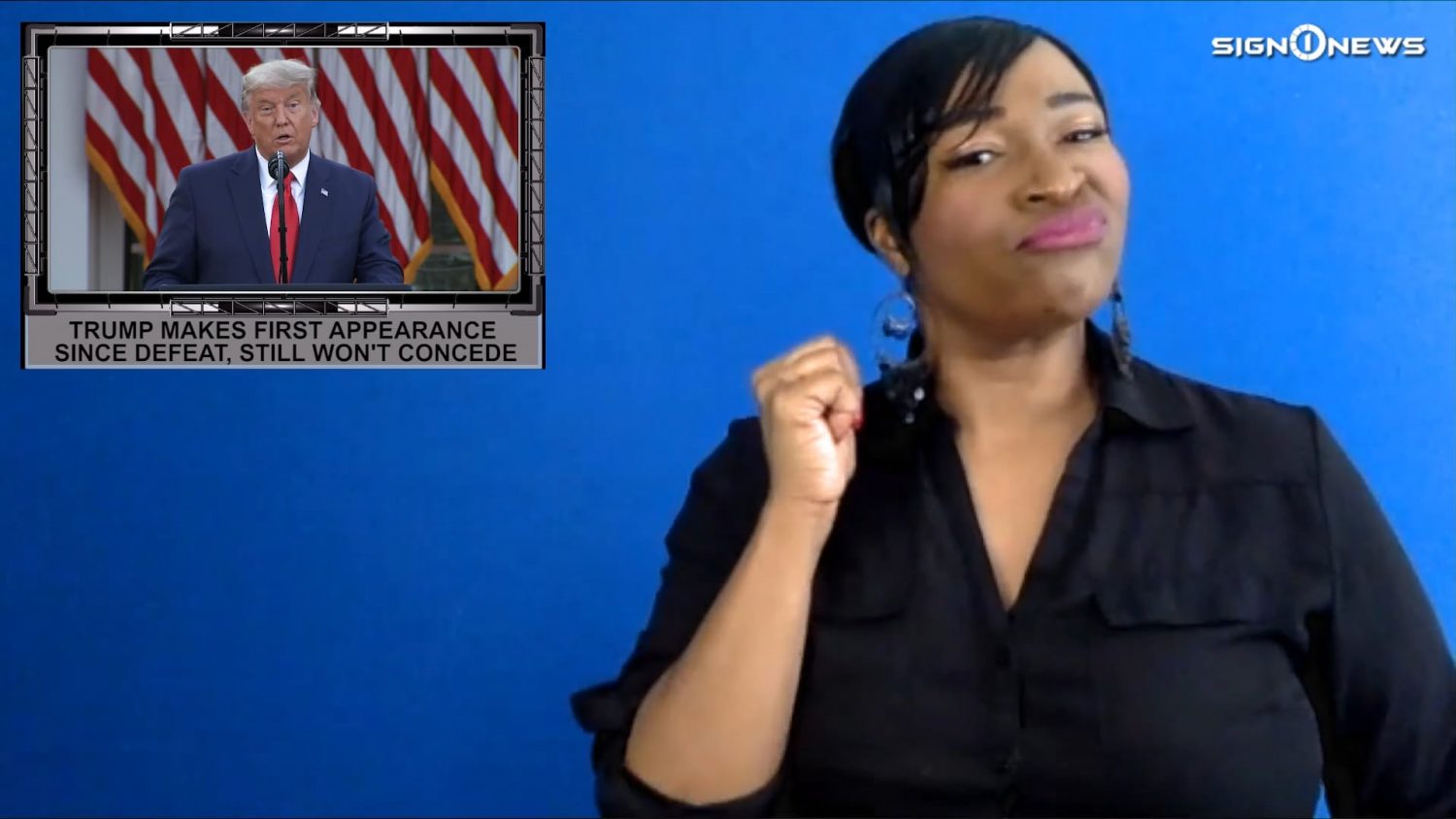 Hello everyone. Here’s a quick look at the stories we’re working on for you today:
–President Trump makes his first public appearance since losing the election but he still doesn’t concede the race
–Despite Trump not conceding the race, President-elect Joe Biden is moving on with the transition process of filling his Cabinet.
–It’s orientation weekend on Capitol Hill and a record number of women will be sworn into Congress this year.
–Trump’s daughter Ivanka and son-in-law Jared Kushner withdraw their children from a private school after they were asked to follow Covid safety protocols.
–The post office will no longer ban beards, afros and braids. Tattoos however are still prohibited.–Two high schools in Iowa break a state record by scoring a combined 202 points in one football game.
To see the full broadcast, be sure to download our Sign1News app. Just head to the App Store or Google Play store on your smartphone to download the app. You can also watch on Apple TV, Apple Watch, Amazon and Roku.