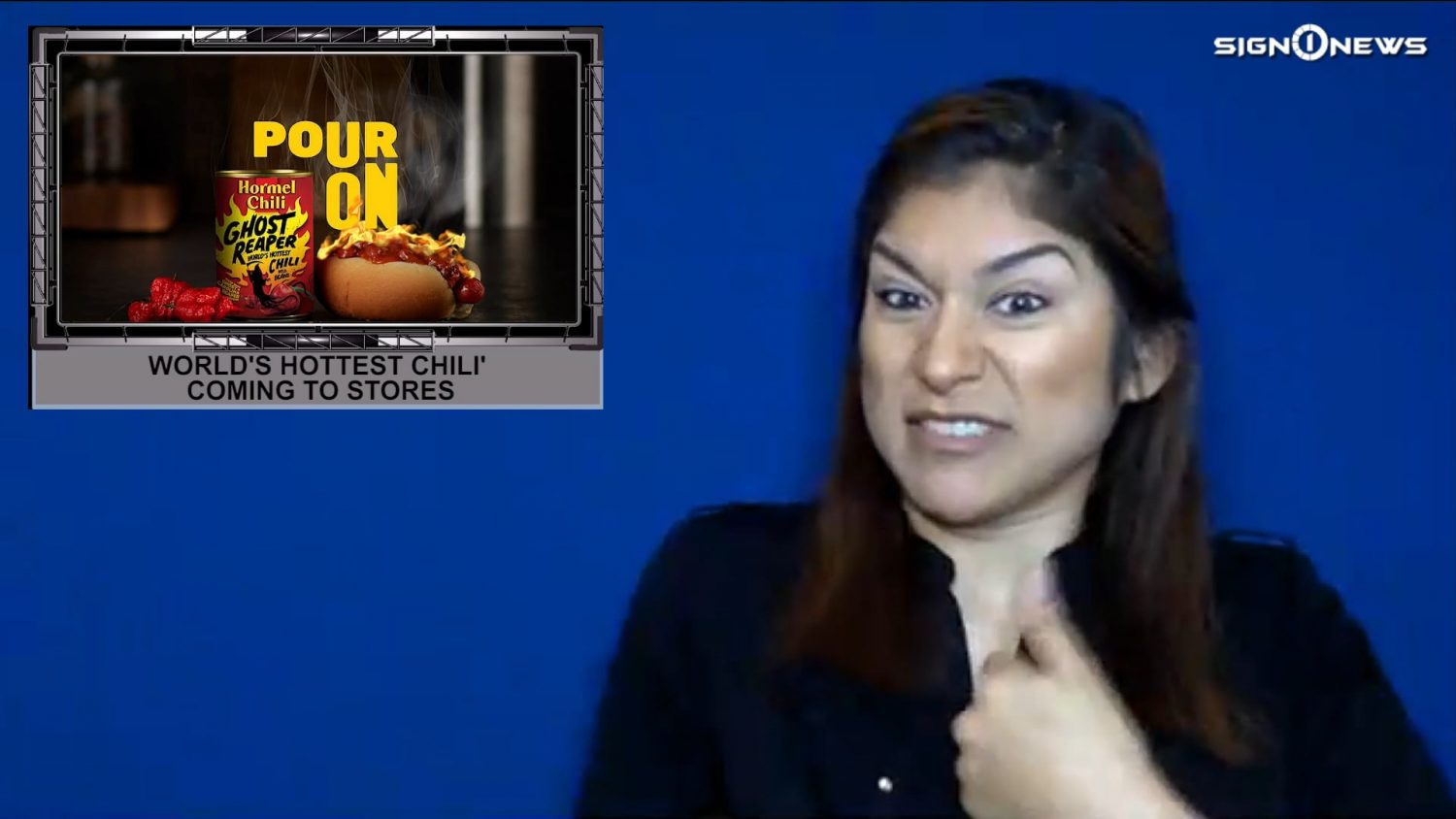 — The official Sign1News anchor pumpkin carving challenge voting season has begun. We will give you a sneak peek at our masterpieces.

— 56-million people have already cast their ballots for the November 3 election. It’s on pace to set a new voter turnout record.

— We have an update on the first murder hornet hive discovered in the US. It has been destroyed.

— The world’s hottest chili is coming to stores soon. I actually tried it last year in a hot sauce challenge and it wasn’t that hot to me. But you be the judge.

— We have a recap of the top 5 stories of the week including video of a bear captured singing at the top of his lungs in a tree.

Just head to the App store or Google play store on your smartphone to download the app.

You can also watch on Apple-TV, Apple Watch, Amazon and ROKU