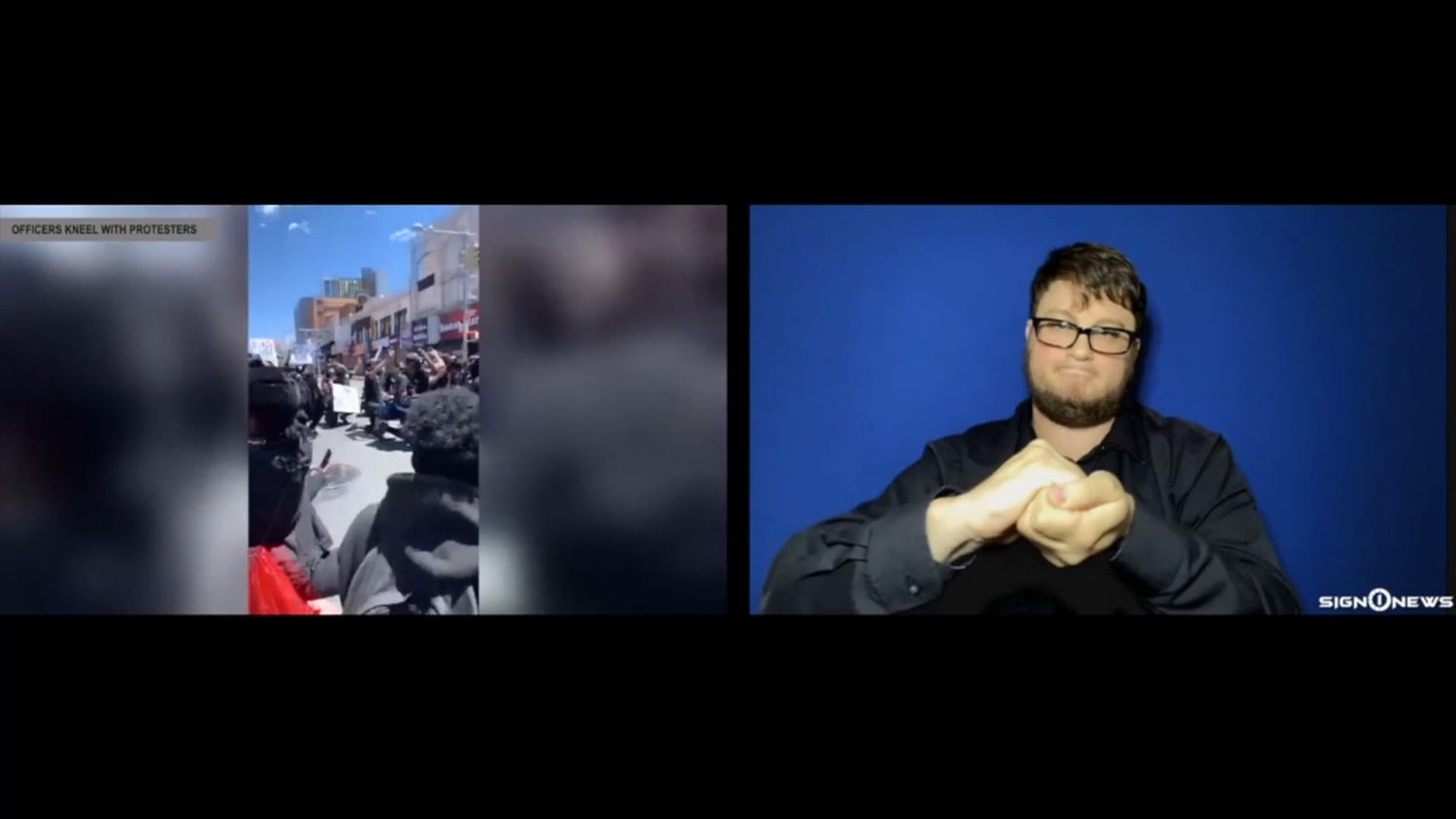 Sunday a moment of solidarity was captured in Queens, New York during days of unrest.

These members of the NYPD knelt with demonstrators who were protesting the death of George Floyd.

She runs the Blaque Resource Network in Queens which held the peaceful demonstration.

A pastor in the group asked officers to come into the circle of protesters to kneel with them, which was met with cheers from the crowd.

As they knelt one protester said the names of other black people that died including Trayvon Martin and Ahmaud Arbery.

Abraham said all of the officers didn’t kneel but it was very nice of those who did.