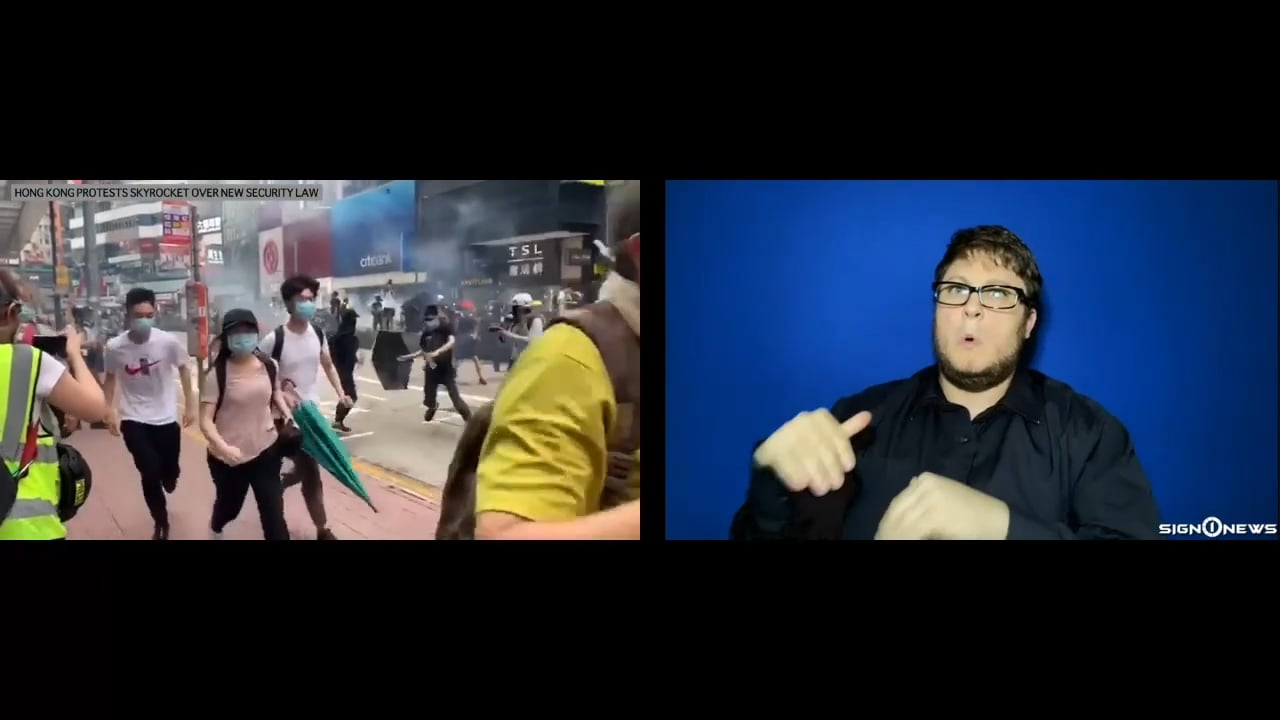 Do you remember this scene from Hong Kong a year ago?

Roughly 2 million people packed the streets in a peaceful protest against the government’s proposed extradition law.

The law would have made it easier to extradite fugitives to mainland China.

Many people feared the extradition law meant Democratic activists, journalists and foreign business owners could be taken from Hong Kong and imprisoned in China for political reasons.

The protests lasted for six months and eventually turned violent as protesters clashed with police.

They started shooting fire cannons from the roof of a college they stormed and took over.

The government decided to shelve the extradition law.

And once the coronavirus pandemic hit, the protest died down until earlier this week.

On Sunday protests in Hong Kong swelled to numbers similar to those seen before the Covid-19 pandemic.

Pro-democracy protesters adamantly defied the government and the police.

Under the new law, any antigovernment activity would be banned, which means demonstrations like this one would be a criminal offense enforced by Beijing, China.

Protesters say the new law would mean Hong Kong is at risk of becoming part of China – one country-one system.

They say the “one country-two system” policy must stay in place.