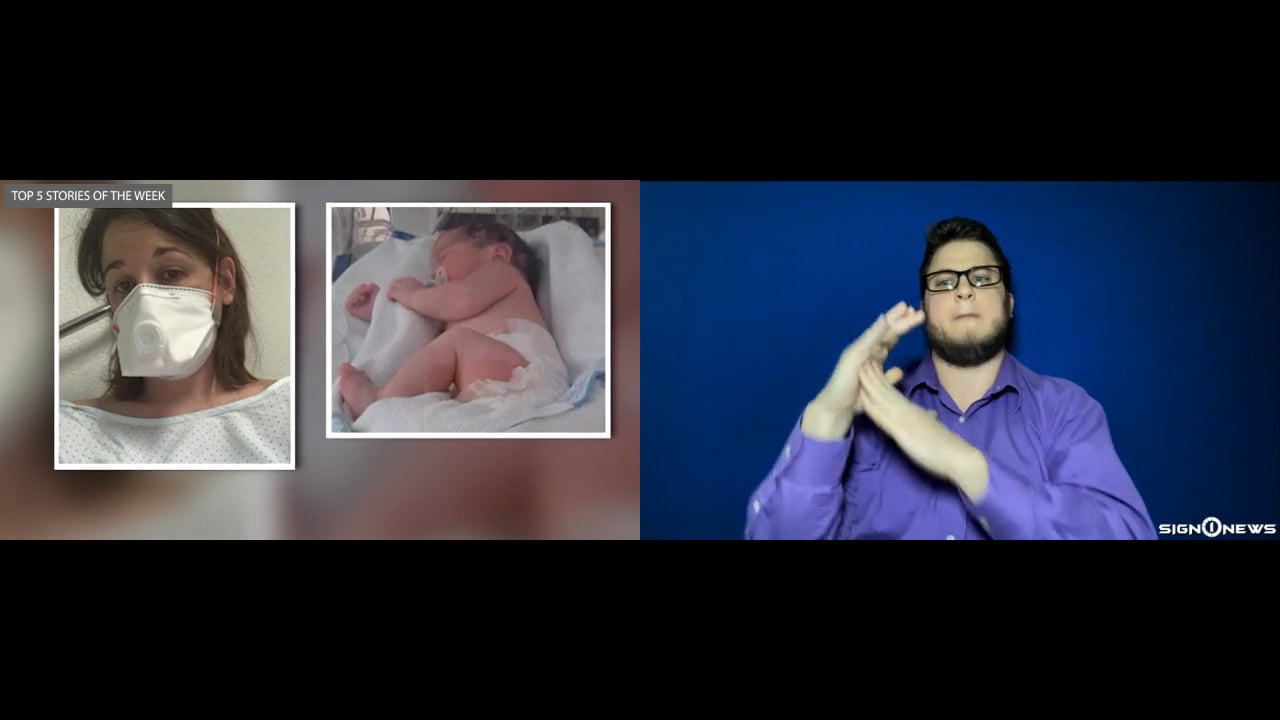 ICYMI: Birdwatcher asks people to stop making death threats against woman who called cops on him (5.28.20)

And finally the Sign1News top five stories of the week are stories we hope will lift your spirits during these tough times.

We start with a heartwarming story out of Spain.

A mother who tested positive for coronavirus was reunited with her newborn after being separated for 10 days after giving birth.

The baby was kept in quarantine but nurses snapped photos to keep his mother’s spirits up.

They are now home with the father in quarantine where both parents are wearing masks and gloves to keep the baby safe.

A woman flying from Washington DC to Boston to say goodbye to her dying mother was the only passenger on an American Airlines flight.

So the crew upgraded her to first class and treated her like royalty.

The woman spent the entire time telling the flight attendants about the kind of woman her mother was.

She spent the next couple of hours with her mother after landing.

The next day her mother passed away at the age of 83.

In the midst of the pandemic, even pets are lending a helping paw.

A competitive dogsled team in Maine is delivering food and supplies to elderly, snowbound and otherwise vulnerable residents in quarantine.

The dogs travel between 50 and 75 miles a day and their owner says it provides a good workout for the race team in addition to brightening the day of many people.

Italy is showing unprecedented patriotism and a sense of unity during the crisis.

A colorful sign representing the Italian flag was found laying on a wall in Rome along with a picture of Jesus Christ.

The message of hope simply reads “Everything will be fine.”

And this image of hope and resilience flies high over Disney World in Orlando, Florida.

He says even though the park is closed due to the global pandemic, security continues to raise the American flag each day.

D’Amaro says while other staff and tourists are gone, security continues “protecting the magic.”

ICYMI: Birdwatcher asks people to stop making death threats against woman who called cops on him (5.28.20)