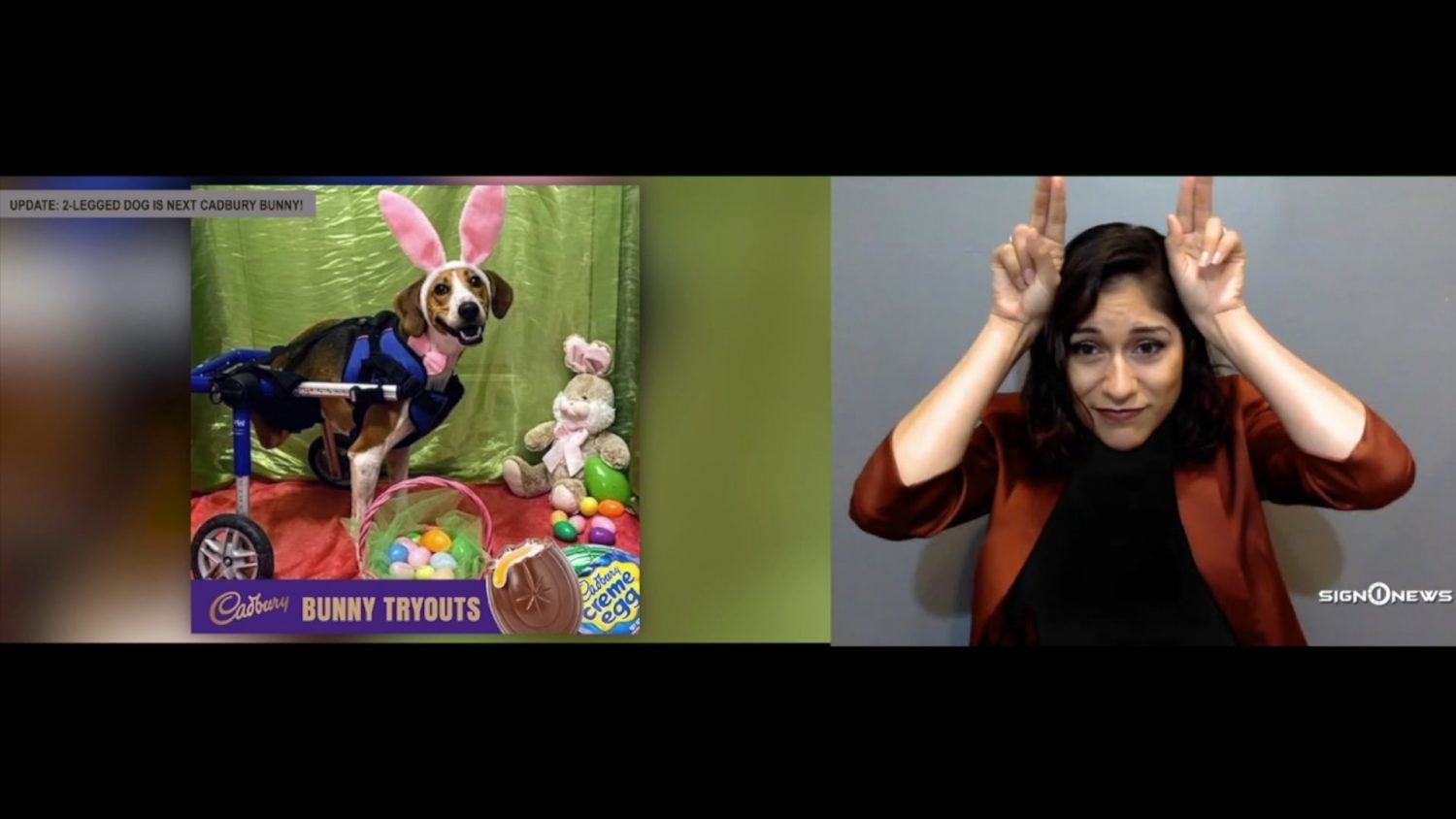 We have an update on the two-legged dog who was a finalist in the contest to become the next Cadbury bunny!

This is “Lieutenant Dan.”

And he won the Cadbury bunny contest, making him the new spokes-animal for the iconic Easter candy.

Cadbury is the company behind the popular egg-shaped chocolate.

Lieutenant Dan was named after character from “Forrest Gump” because hiks back legs were amputated due to a deformity.

He even hops around on his front legs like a bunny when he’s not using his wheels to get around.

Dan beat out dozens of other furry competitors for the role in the annual Cadbury commercial.

And with the a face like that it is easy to see why this rescue dog got so many votes.

No doubt Dan will get plenty of treats for that.